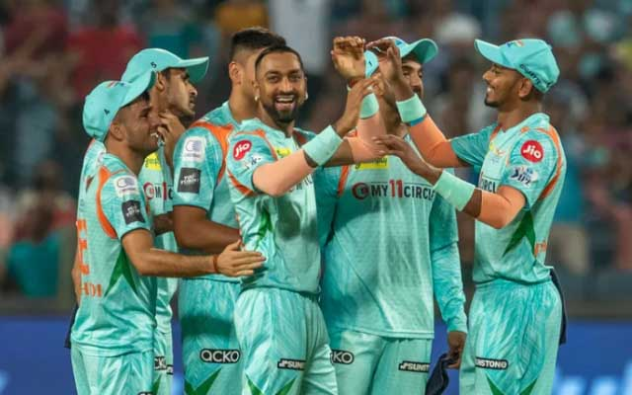 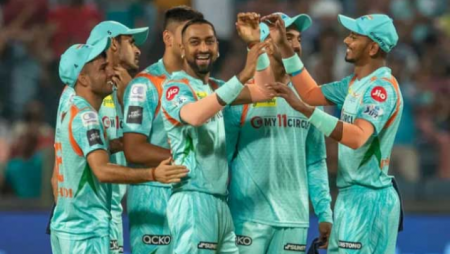 On Tuesday, the Lucknow Super Giants (LSG) will play the Gujarat Titans (GT) in Match 57 of the ongoing Indian Premier League (IPL) 2022 season at the Maharashtra Cricket Association Stadium in Pune. Lucknow leads the IPL 2022 points table with 16 points from 11 games, including eight wins and three losses. They are currently unbeaten in four games and defeated Kolkata Knight Riders (KKR) by 75 runs in their previous match on Saturday. All eyes will be on Avesh Khan, who took three wickets in three overs against KKR while conceding only 19 runs.

South Africa was in fine form against KKR, scoring a half-century. This season, he has 344 runs scored in 11 games for LSG.

The LSG captain was unfortunate to be dismissed without facing a single delivery during the win over KKR. Due to a run out, he was sent packing in the first over.

Deepak Hooda made an important contribution with the bat against KKR, scoring 41 runs off 27 balls, including four fours and two sixes.

This season, the Baroda all-rounder has taken nine wickets and scored 153 runs for LSG in 11 matches.

This season, the youngster has been in good form for Lucknow, scoring 153 runs in 11 matches. He’ll be looking to continue his winning streak against GT.

Marcus Stoinis hit 28 runs off 14 balls against KKR on Saturday, and it was a crucial contribution. He has yet to make an impact for LSG in IPL 2022, but he will look to do so against Gujarat.

During the win over KKR, the West Indies all-rounder was in top form, taking three wickets. He’ll be looking to make a bigger impact with the bat in the upcoming match.

During the win over KKR, the Sri Lankan was in superb form, taking the crucial wicket of Shreyas Iyer, who could only muster six runs off nine deliveries.

Avesh Khan currently leads his team in wicket-taking with 14 in nine games.

Mohsin Khan was on fire against KKR, taking a wicket in three overs while conceding only six runs.

In the current season, the young spinner is an important part of KL Rahul’s plans, having taken nine wickets in 11 games.