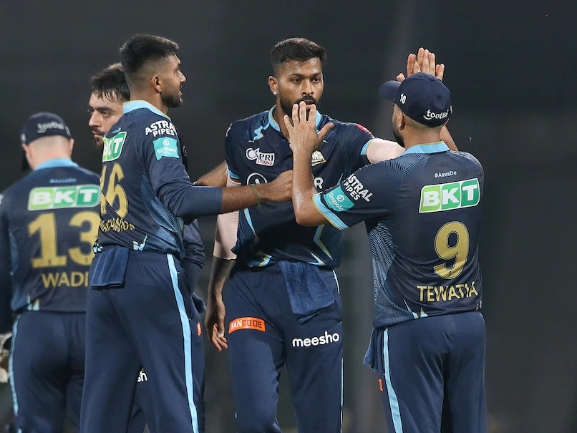 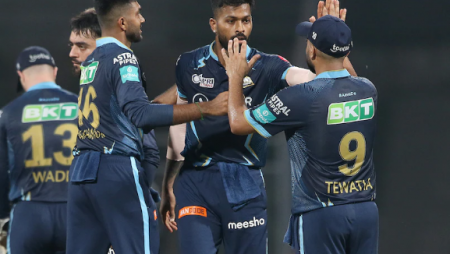 IPL 2022, GT Predicted XI vs LSG: Despite Losses, Gujarat Titans Are Unlikely To Make Changes. Gujarat Titans and Lucknow Super Giants will face off in the IPL 2022 on Tuesday.

On Tuesday, the Gujarat Titans (GT) will play the Lucknow Super Giants (LSG) in Match 57 of the ongoing Indian Premier League (IPL) 2022 at the Maharashtra Cricket Association Stadium in Pune. GT currently sits second in the IPL 2022 points table, with 16 points from 11 games, including eight wins and three losses. The Hardik Pandya-led side will be looking to get back on track after losing their previous two games.

Also Read: According to Ian Chappell, Umran Malik’s genuine pace will be difficult to ignore.

Shubman Gill, like his opening partner, was in good batting form, scoring 52 runs off 36 balls against MI. In addition, he hit six fours and two maximums.

This season, the Gujarat Titans captain had a rare off night against MI. In the upcoming game, he will try to regain his form.

Sai Sudharsan scored 14 runs off 11 balls against MI and will be looking to improve against LSG. He is expected to remain in the starting lineup.

The veteran South African was unable to finish against MI, but has done so previously this season.

The all-rounder was unfortunate enough to lose his wicket in the final over due to a run out. He has established himself as an important cog in GT’s unit and is expected to perform well against LSG.

In the previous match, Pradeep Sangwan was responsible for the crucial dismissal of Suryakumar Yadav and conceded 23 runs in three overs. He is expected to remain in the starting lineup.

The New Zealand pacer has 12 wickets in 11 games this season but has been costly at times.

Alzarri Joseph took a wicket against MI but came at a high cost. In four overs, he gave up 41 runs.

This season, Mohammed Shami has been GT’s pace spearhead, taking 15 wickets in 11 games.