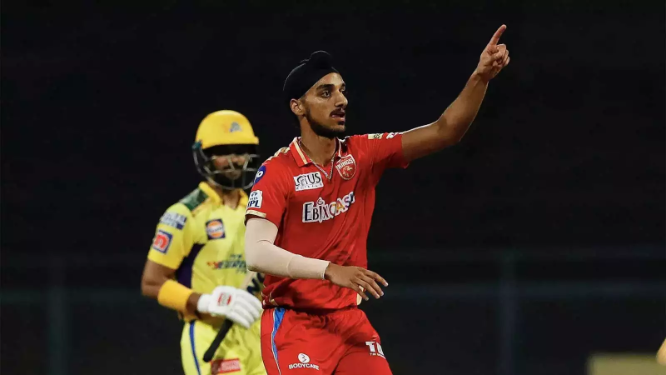 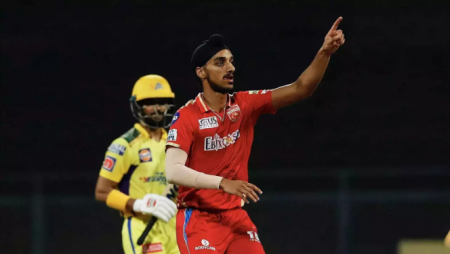 On Monday, Mayank Agarwal’s Punjab Kings (PBKS) defeated Chennai Super Kings (CSK) by 11 runs to earn a crucial two points at Mumbai’s Wankhede Stadium. With four wins from eight matches, PBKS moved up to sixth place in the IPL 2022 points table. Both sides delivered outstanding performances with the bat and the ball during the match. Shikhar Dhawan scored 88 runs in his 200th IPL match, while Ambati Rayudu enthralled the audience with a 78-run knock. Dwayne Bravo, Kagiso Rabada, and Rishi Dhawan all took two wickets for their respective teams.

Arshdeep Singh, on the other hand, went unnoticed, returning with figures of 1/23 in four overs. The left-arm pacer took the crucial wicket of Mitchell Santner early on and then didn’t give the CSK batters anything with an economical display of fast bowling.

Rabada hailed Arshdeep as the “best death bowler” this season based on the bowler’s miserly economy in IPL 2022.

Rabada said following PBKS’s victory over CSK: “Arsh has been the best death bowler in this competition, in my opinion. That is what the statistics show.”

Although Arshdeep hasn’t been a regular in the wickets column in IPL 2022 (three wickets in eight matches), the pacer has impressed by keeping the scoring rate in the death overs under control.

In IPL 2022, he has an economy rate of 5.66 in death overs and has been one of Mayank Agarwal’s go-to men this season.