Jos Buttler – “We certainly don’t want to see an India versus Pakistan final and we will try to spoil their party.” 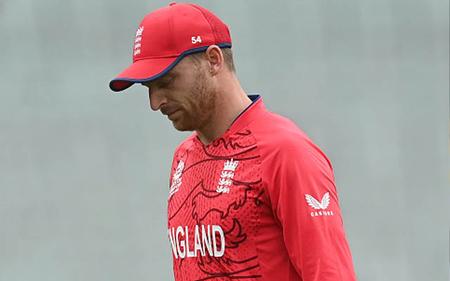 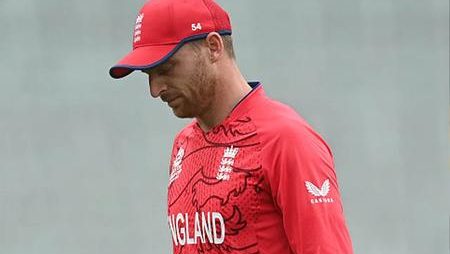 Jos Buttler – “We certainly don’t want to see an India versus Pakistan final and we will try to spoil their party”. Buttler said ‘We are really excited about the match against a great Indian team,’.

After 22 days of uninterrupted cricket, the top four teams in the T20 World Cup 2022 are New Zealand, England, India, and Pakistan. New Zealand will play Pakistan on November 9 at the SCG, while England will play India on November 10 at the Adelaide Oval, both for a chance to play in the summit match.

New Zealand finished first in their group’s points standings with seven points, followed by England in second place with the same number of points, but with a better NRR for New Zealand. Pakistan came in second place in the group with six points after winning three games and losing two others, while India took first place with eight points from four victories and a defeat.

England captain Jos Buttler voiced his thoughts before of the semi-final match against India and predicted that his team will ruin the eagerly awaited India against Pakistan final as all of the teams prepared for the elimination games.

“We certainly don’t want to see an India versus Pakistan final and we will try to spoil their party. They are a good team. We have got to the point where we wanted to be. Everyone is excited about playing in the semi-final. Obviously, we are really excited about the match against a great Indian team. We like to be in such a situation,”

Read also: What would happen if the T20 World Cup 2022 semifinal between India and England is called off?

Fans are hoping for an India-Pakistan final, but Buttler doesn’t.

Many cricket fans and analysts are eagerly anticipating the summit match between India and Pakistan on Sunday, November 13, at the MCG in Melbourne. The first match of the two teams’ respective campaigns took place at the same site and was a nail-biter, with India prevailing in front of more than 90,000 spectators thanks to the final delivery of the final over.

Fans of India and Pakistan want more matches like this since they always finish in a drama. And what could be better than the two sides facing battle in the championship match of the prestigious T20 World Cup in 2022?