Jos Buttler teases Yuzvendra Chahal, saying, “Have to keep you out as opener.” 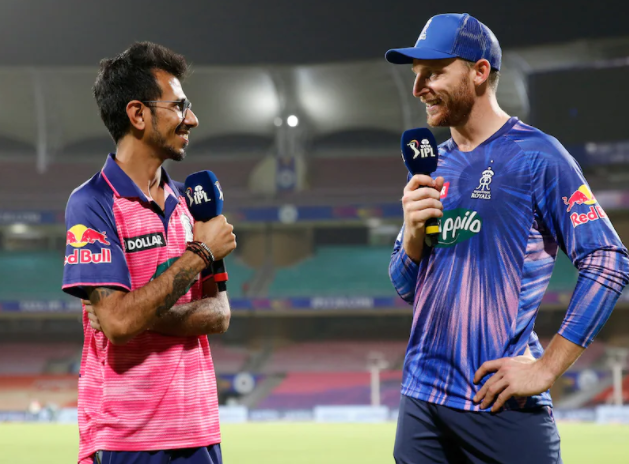 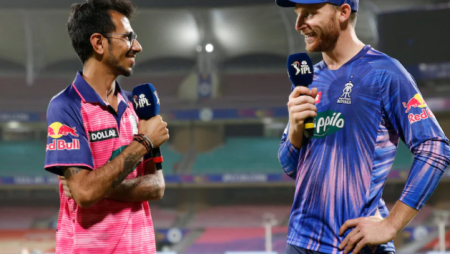 Jos Buttler teases Yuzvendra Chahal, saying, “Have to keep you out as opener.” Rajasthan Royals opener Jos Buttler joked after hitting a scintillating century against Mumbai Indians. He needed to keep performing in order to prevent Yuzvendra Chahal from taking his place in the team.

Jos Buttler was at his brilliant best against the Mumbai Indians. Hitting a 66-ball century to help Rajasthan Royals record their second win in a row in the ongoing IPL 2022 season. Buttler’s performance was backed up by an all-round bowling performance. Which helped Rajasthan defeat the five-time champion Mumbai Indians by a margin of 23 runs. After the game, Buttler and Yuzvendra Chahal had a lighthearted conversation in which Buttler joked that he needed to keep performing in order to keep Chahal from opening the batting.

“You’ve been putting pressure on the opening spot since you arrived this year. I’ll have to take my time scoring runs to keep you on the outside “Buttler stated this to Chahal in a video posted on the IPL’s official website.

Buttler said about his knock: When you bat first, you’re always trying to figure out what a good score would be so you can defend it. This year, I have high hopes for us as a team. In the franchise’s support staff, we have some fantastic people.

After taking wickets in quick succession, Rajasthan Royals made an incredible comeback against Mumbai Indians. Ishan Kishan and Tilak Varma were leading the Mumbai Indians. After registering half-centuries, but Navdeep Saini’s effort in the deep contributed to Kishan’s dismissal.

Tilak Varma, Tim David, and Daniel Sams were all dismissed in quick succession by Ravichandran Ashwin and Chahal. Giving Rajasthan complete control of the game.

Also Visit: New Zealand wins its second game against the Netherlands, thanks to a birthday celebration for Latham.