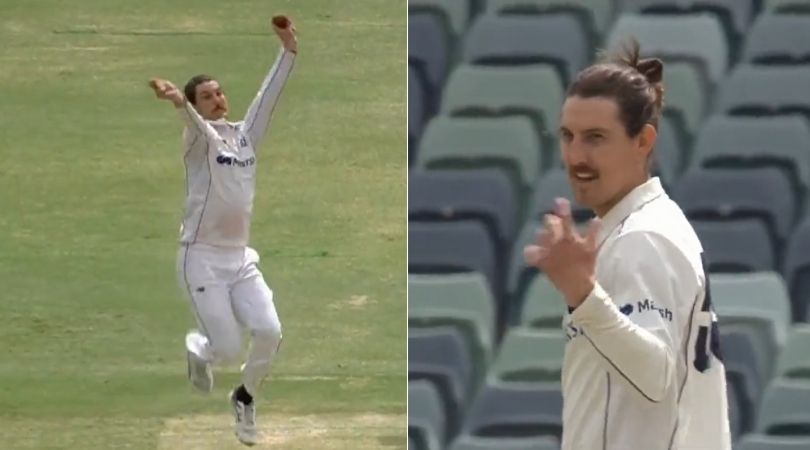 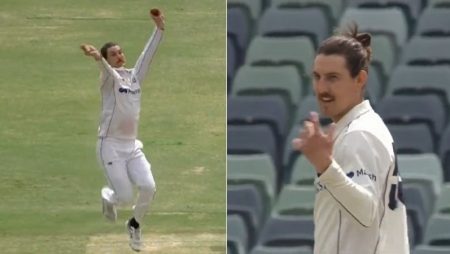 Despite having an unusual and unorthodox bowling action. Indian pacer Jasprit Bumrah has receive widespread acclaim for his success on the field. At the start of his career, there were concerns about Bumrah’s ability to withstand the strain on his body caused by a somewhat taxing bowling action. Bumrah, on the other hand, proved everyone wrong over time and emerged as one of the most lethal bowlers in world cricket across all formats. Not only is he adore by fans, but many current and former cricketers have also express their admiration for the bowler.

This admiration was taken to a whole new level in Monday’s Sheffield Shield final between Victoria and Western Australia. When Nic Maddinson hilariously attempted to imitate Bumrah’s bowling action.

Everyone on the field, as well as the commentators, were taken aback by this act. Even Maddinson seemed to enjoy bowling a left-arm Bumrah, as he smiled throughout and after the run-up.

This incident occurred on Monday, the final day of the competition. Western Australia went on to win the Sheffield Shield.

WA carried on from where they left off in the second innings, declaring on 400/7. Cameron Bancroft, Sam Whiteman, and Aaron Hardie each scored centuries in the match, while Will Sutherland was the only bowler to take five wickets.