Jos Buttler of the Rajasthan Royals has named two players as his ideal opening partners. 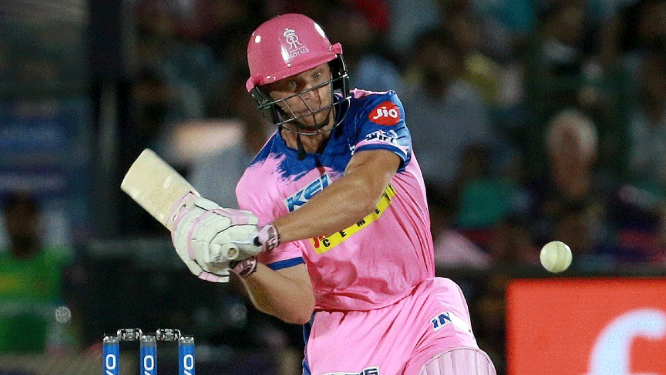 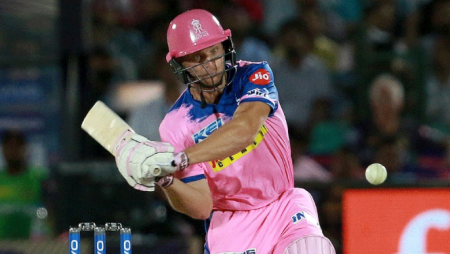 Jos Buttler of the Rajasthan Royals has named two players as his ideal opening partners.

Jos Buttler is having a dream season with the bat for the Rajasthan Royals this season, having already smashed three centuries. His first century came against the Mumbai Indians, and his second against the Kolkata Knight Riders. His most recent century came against the Delhi Capitals on Friday. Also his performance aided the Royals’ ascension to the top of the points table. Buttler’s performance has enabled Rajasthan to consistently post big totals. Buttler currently holds the Orange Cup in the ongoing season, having scored 491 runs in seven games, and he hopes to maintain his form. The England wicketkeeper-batsman has named two players, one from the past and one from the present, as his ideal opening partners.

Also Read: After the IPL 2022 masterclass against the Mumbai Indians, RP Singh has a request for MS Dhoni.

Buttler chose Vivian Richards from the past and India captain Rohit Sharma from the present as his ideal opening partners.

“It would be Vivian Richards from the past. I’d like to see him play T20 cricket someday. Rohit Sharma, the current incumbent, “Buttler stated this on ESPNcricinfo’s ‘Polite Enquiries’ segment.

When asked who he finds the most difficult to face in the powerplay, Buttler replied: “Rashid Khan He currently has my phone number.”

Buttler moreover, considers his 2018 IPL performance against the Mumbai Indians to be his best to date.

“I think my best IPL innings were against the Mumbai Indians in 2018, when I got 93,” Buttler said.

Buttler had scored 70 and 54 runs against the Royal Challengers Bangalore and Gujarat Titans, respectively.

The Rajasthan Royals currently lead the points table with 10 points from seven games.