Jos Buttler is the country’s best white-ball player, according to ex-England captain 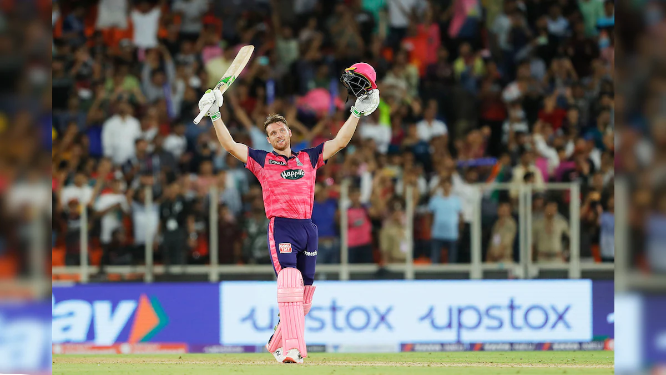 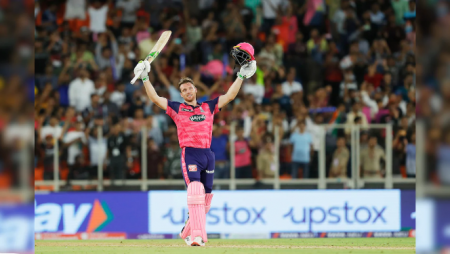 Jos Buttler is the country’s best white-ball player, according to ex-England captain. Jos Buttler shone with the bat once more for the Rajasthan Royals, his unbeaten century against RCB propelling the team to the IPL 2022 final.

Former England captain Michael Vaughan hailed Jos Buttler as the best limited-overs player in the world. After he hit a record-equaling fourth century in the IPL 2022 against RCB. Propelling Rajasthan Royals to their first final since 2008. Buttler smashed an unbeaten 106 off 60 deliveries to help the Royals easily chase down 158 in IPL 2022 Qualifier 2 on Friday at the Narendra Modi Stadium in Ahmedabad. Moreover, In the final, the Royals will face the Gujarat Titans.

“The world’s best white ball player (by a country mile, btw) is at it again,” Vaughan tweeted.

Buttler’s century equaled Virat Kohli’s IPL record of four centuries in a single season. He now has 824 runs this season, making him only the third player in history to surpass the 800-run mark.

Only Virat Kohli (973) and David Warner (848) have scored more than 800 runs in a season, with both reaching their milestones during the 2016 season, when Kohli also hit four centuries.

Earlier, Rajat Patidar scored a half-century, but three-wicket hauls from Obed McCoy and Prasidh Krishna helped the Royals restrict the RCB to 157/8.

Yashasvi Jaiswal then got the Royals off to a flying start before the Jos Buttler show began.

Apart from his four tons, Buttler has four half-centuries to his name this season.