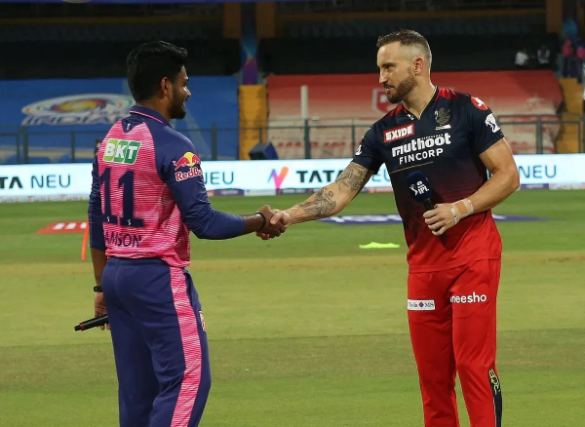 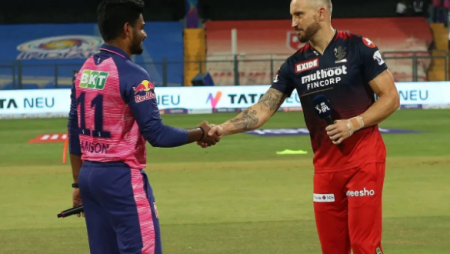 IPL 2022 Qualifier 2: RR vs RCB Weather Forecast in Ahmedabad for Today’s Game. If rain interferes today, RR will qualify ahead of RCB because they finished above them in the group stage, according to IPL rules.

Rajasthan Royals (RR) and Royal Challengers Bangalore (RCB) will face off in Qualifier 2 in Ahmedabad on Friday (May 27) in the tournament’s 73rd match. Both teams will give it their all to face Gujarat Titans (GT) in the Final on May 29, 2022.

In terms of team form, RR is coming off a 7-wicket loss to GT in Qualifier 1. While RCB defeated Lucknow Super Giants by 14 runs in the Eliminator. The Royals will have a second chance to reach the final after finishing second in the league stage.

There is no chance of rain during today’s match in Ahmedabad, according to Accuweather. The temperature will range between 35 and 40 degrees, and the air will be slightly humid. There is only a 1% chance of rain on Friday, which should not be a major issue.

If no play is possible within the regulation time, the result will be decided by super over, according to IPL rules. If the conditions prevent even the super over from taking place, the team that finished higher at the end of the group stage will automatically qualify for the Final.

According to this rule, RR will qualify ahead of RCB because they finished higher in the group stage. RR finished second with 18 points earned from 9 wins out of 14 matches. RCB, on the other hand, managed to climb to fourth place by amassing 16 points from 8 wins in 14 games. The match set to begin at 7.30 p.m. IST at Ahmedabad’s Narendra Modi Stadium.

Meanwhile, the final be held at the same location on Sunday (May 29). While RCB has the winning momentum after defeating LSG in their previous game, the Royals will need their top players to click in order to set a date with the Gujarat Titans in the finals.