Jofra Archer wants to support England’s World Cup bid in 2023. – ‘Hopefully, I get a chance to help defend the title’ 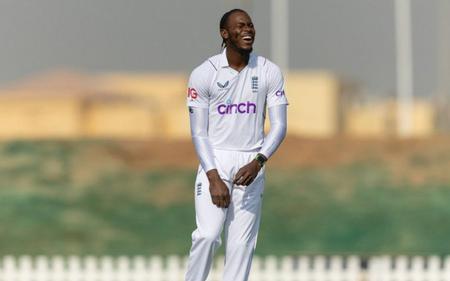 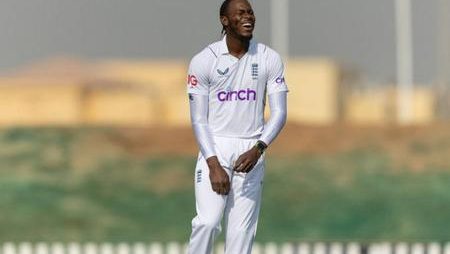 Jofra Archer wants to support England’s World Cup bid in 2023. – ‘Hopefully, I get a chance to help defend the title’. When the Lions played England in Abu Dhabi. Archer bowled nine effective overs, even striking Zak Crawley in the helmet in his first over.

Archer, the best fast bowler in England. Gave his nation a huge boost by playing in the England Lions’ warm-up game. Against the senior squad before the Test series against Pakistan. After participating in a five-match T20I series against India in the beginning of 2021. It was Archer’s first competitive game since then.

A difficult 18 months have been had by the fast English bowler as a result of several medical setbacks. Since he sustained a stress fracture in his lower back, he has had to miss the most of 2022. He bowled nine over over the course of two sessions to ease himself back into action. In the first over of his comeback, he even bowled a strong bouncer that struck English opening batter. Zak Crawley flush on the helmet while occasionally reaching speeds of 90 mph.

Archer is a crucial member of the squad and hopes to help the country defend its 50 over World Cup crown in 2019 after being force to withdraw from the T20 World Cup in Australia owing to injury.

“I am so, so glad to be back and this is a big year, we just won the T20, and we have the 50-over coming up so, hopefully, I get a chance to help defend the title. That (50-over World Cup) is the goal. Being back here in Abu Dhabi, in and around the guys, it is kind of heart-warming, it makes you feel like you are at home again, seeing all the familiar faces, seeing all the boys again,”

Jofra Archer: “I still need to do some more work to get the body back up and fit and firing”

The Englishman join fellow national colleagues Sam Curran, Liam Livingstone, and Olly Stone at the franchise and was name as a wildcard choice by MI Cape Town in the just-introduced SA20. The right arm pacer, however, has indicated that he is not yet entirely healthy and would need more time to return to his best.

“I still don’t think I am 100 per cent as yet; I still need to do some more work to get the body back up and fit and firing. But in the short-term, just to be fit is the most important thing.”

“This morning, it kind of felt like a bus hit me but that is a good feeling. I was glad to get a run-out, especially with the boys. It is almost like being back playing with them. There are some restrictions…. the coach and the physio said I could use my discretion with how much I wanted to bowl. I think I did enough for a first run out,”