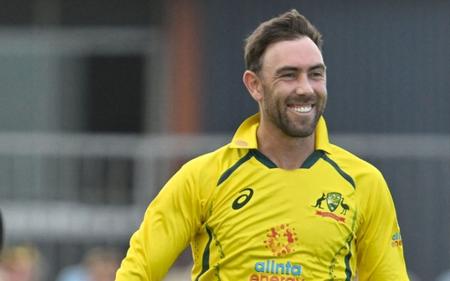 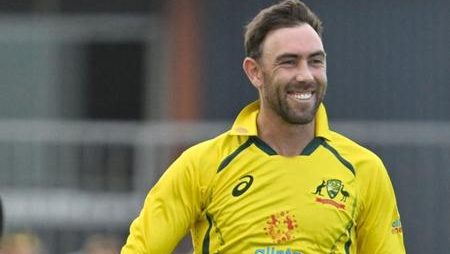 The third and final match was postpone due to weather. And India defeat New Zealand 1-0 to win the three match T20I series. Some of the players in the series put on some outstanding cricket performances, with the brazen Indian batter Suryakumar Yadav leading the way.

Suryakumar hammer an undefeat 111 off just 51 deliveries in the second T20I of the series, while the other batsmen found it difficult to get going. Glenn Maxwell, an Australian all-rounder, was blown speechless when Suryakumar delivered the Kiwis a fatal blow. According to reports, Maxwell emailed Aaron Finch a picture of India’s outstanding batting achievement.

Read also: Ravichandran Ashwin said – “I want Sanju Samson to get all the opportunities”

Glenn Maxwell: “He is batting on a completely different planet!”

“I didn’t know the game was on. But I later checked the scorecard, took a screenshot, and sent it straight to Finchy (Aaron Finch) and said, ‘What is going on here? He is batting on a completely different planet! Look at everyone else’s scores and look at this bloke scoring 111 off 50.’,”

“The next I watched the full replay of the innings and the embarrassing thing is that he is so much better than everyone else. It’s almost hard to watch. Suryakumar Yadav is doing it in such a bizarre, ungainly way. He’s just hitting the middle of the bat by stepping aside, deciding to sweep someone who bowls at 145,”

“He then just puts his head down, chews some gum, glove tap, bat tap and then off he goes and does it again. He’s playing some of the some of the ridiculous shots I’ve ever seen and he’s doing it stupidly consistently. It’s hard to watch because it makes everyone else so much worse for not being able to do that,”

The Men in Blue will meet the Kiwis in a three-match ODI series after the T20I series concludes, led by seasoned southpaw Shikhar Dhawan.

Read also: Chamika Karunaratne receives a one-year suspension due to a contract violation from Sri Lanka.