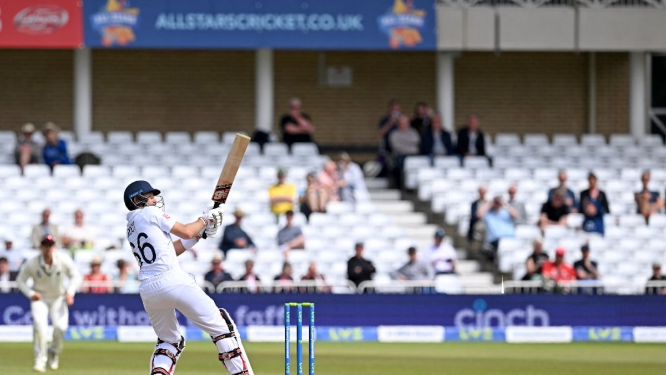 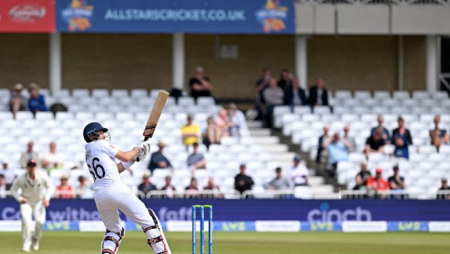 England batter Joe Root has been in excellent form over the last year. He demonstrated it once again in the ongoing second Test against New Zealand at Trent Bridge. Scoring 176 runs off 211 balls with 26 fours and one six. He helped the hosts post 539 runs in response to New Zealand’s first innings score of 553, allowing the visitors to take a 14-run lead. On Day 4 of the ongoing Test, Root displayed his full range and even hit a reverse scoop six off Tim Southee’s bowling, stunning fans and commentators alike.

Root hit the reverse scoop off the bowling of Southee on the first ball of the 117th over, and it went for a six.

The pacer bowl the ball outside off stump, and Root simply time it perfectly to get the best result.

Michael Atherton, who was commentating at the time, stated: “Joe Root is incredible. He’s scoop Tim Southee, and I’m pretty sure he’s gone for a six.”

Root has score ten centuries in Test cricket since January 2021, while Virat Kohli, Kane Williamson, and Steven Smith have not.

Root is now tied with Kohli and Smith for the most Test centuries with 27.

In the ongoing second Test, New Zealand is 224/7 in the second innings, with a 238-run lead. A thrilling final day is expect.

In the first Test, Root passed the 10,000-run mark in Tests, becoming the joint-fastest to do so, along with Sir Alastair Cook.