India Great on Umran Malik’s inclusion in the playing XI against South Africa. 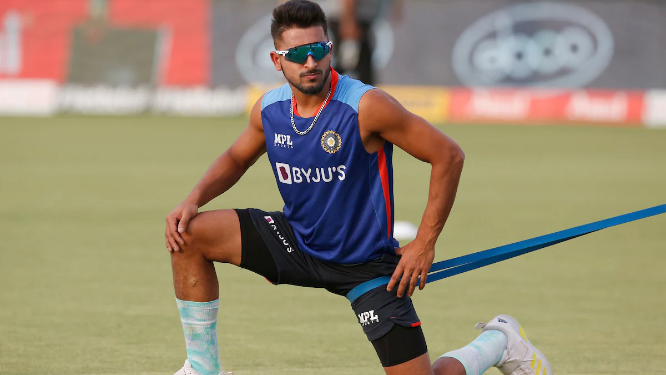 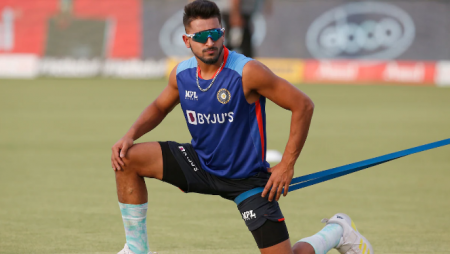 India Great on Umran Malik’s inclusion in the playing XI against South Africa. Umran Malik had 22 wickets for SunRisers Hyderabad in the IPL 2022, so he named to the Indian squad.

After losing the first two games of the five-match series. The Indian cricket team led by Rishabh Pant faces a must-win situation against South Africa in the third T20I in Vizag on Tuesday. After failing to defend 211 in the first T20I. Indian bowlers failed to deliver again in the second T20I on Sunday, defending a modest total of 148. The Indian team’s management must understand that they cannot afford any more blunders against the Proteas. Several young players, including Umran Malik and Arshdeep Singh, are vying for a spot, and India legend Zaheer Khan has weighed in on the former’s chances.

“Extra pace can be handy. That is something that I feel, we have seen in IPL as well. You have seen Umran get (David) Miller out as well on one occasion with the ball coming around the wicket, bowling really fast. So, that’s something that can be a good match-up. With (Heinrich) Klaasen as well, the way he was batting if you get that extra pace, the x-factor. He can go for runs as well, but you need to have that x-factor. Something different which will maybe have that impact. So, I think the inclination will be towards Umran for the next match,” Zaheer Khan said in a discussion on Cricbuzz.

Umran finished the IPL 2022 as the fourth-highest wicket-taker, with 22 scalps in 14 matches.

Malik was also one of the franchise league’s fastest bowlers.

Earlier, in the second T20I on Sunday, comeback man Heinrich Klaasen followed Rassie Van der Dussen’s lead by scoring a career-best 81 as South Africa defeated India by four wickets on a tricky pitch to take a 2-0 lead in the five-match T20I series.

On a two-paced track where most batters struggled, Klaasen made it look ridiculously easy, slamming seven fours and five towering sixes in his 46-ball knock to help his team reach 149 with 10 balls to spare.

The wicketkeeper-batter, who brought in as a replacement for the injured Quinton de Kock, completed his fourth T20I fifty in 32 balls before slamming three sixes off Yuzvendra Chahal to effectively seal the chase.

But it wasn’t enough as they only needed three runs from the final two overs to complete the win, which gave the Proteas a commanding 2-0 lead heading into the Vizag T20I on June 14. The visitors are attempting to win their first bilateral T20 series in India.