IPL 2023: The Mumbai Indians might release five players before the auction 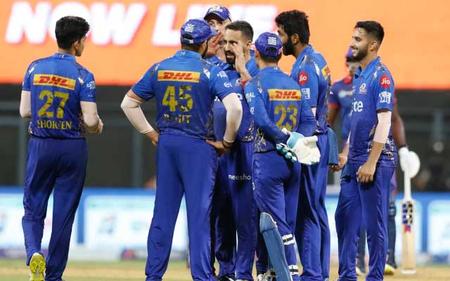 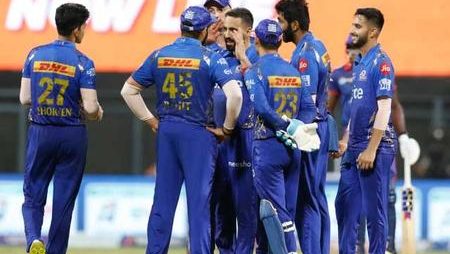 IPL 2023: The Mumbai Indians might release five players before the auction. The auction for the league’s upcoming season will be held by the Board of Control for Cricket in India (BCCI) in mid-December.

Rohit Sharma led the Mumbai Indians at some of their best moments. The team’s administration appointed 25-year-old Rohit Sharma as captain in 2013. In his first season as a captain, Rohit surprised the team’s management and fans with his leadership abilities by helping the team win its first championship. After fifteen seasons of the IPL, MI is the league’s most successful franchise, having won a record five championships. However, during the past two years, fans have also seen a decline in the team’s performance.

The 5-time Champions also had a disgraceful record

MI had its worst league showing in the fifteenth season of the Indian Premier League. The squad only won four of the 14 IPL 2022 games, losing 10 of them. The 5-time Champions also had a disgraceful record of dropping 8 straight games in the competition the previous year.

Fans of MI were anticipating a strong performance from the five-time winners with players like Rohit Sharma, Kieron Pollard, Suryakumar Yadav, Jasprit Bumrah, and Tim David on the team. The team also acquired English cricketer Jofra Archer in the most recent auction for a substantial sum of INR Rs. 8 crore, although he wasn’t available until the 2023 season. Mumbai Indians will attempt to rebound this season by releasing unreliable players after experiencing setbacks in previous campaigns.

Read also: Ben Stokes on Virat Kohli: “Has Earned The Right To Never Be Written Off”