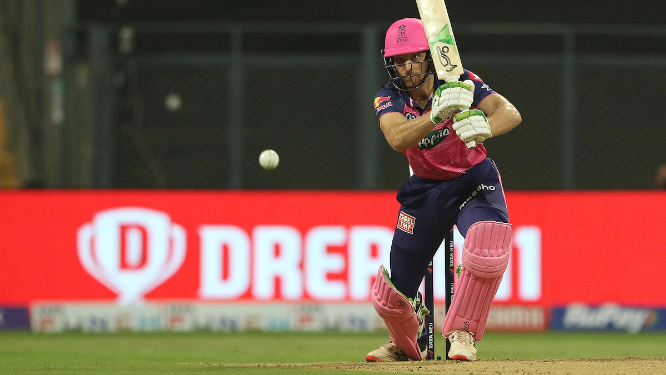 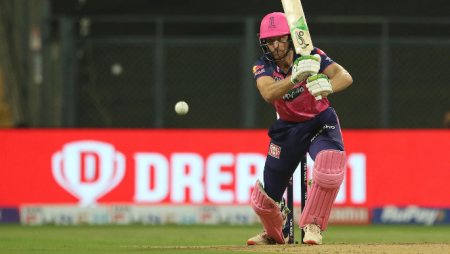 IPL 2022: RR vs DC: Rajasthan Royals Line up Likely To Maintain Winning Combination. The RR, led by Sanju Samson, will be looking to build on their strong start to the season when they take on the DC on Friday.

On Friday, the RR will face the DC at Mumbai’s Wankhede Stadium. RR, led by Sanju Samson, defeated KKR by seven runs in their previous match and are expected to field the same lineup against DC. RR has roared back to winning ways following a rare blemish against GT and will be looking to make it five wins in seven games. They are currently third in the IPL 2022 points table with four wins from six matches and will rely on Jos Buttler and Yuzvendra Chahal to help them cross the finish line once more.

Also Visit: “My kids want to know why I don’t get 100s like Jos Buttler.” David Warner says.

RR vs DC: Here’s how the Rajasthan Royals could line up against the Delhi Capitals:

England’s Buttler has been in excellent form this season, scoring two centuries in the first six matches for RR at the top of the order. In the IPL 2022, he is averaging 75 and has already scored 375 runs.

Since his transfer from Royal Challengers Bangalore, much has been expected of Padikkal (RCB). However, the stylish left-handed batter has yet to live up to RR’s expectations. He has scored 138 runs at an average of 23 in six matches.

So far, the skipper’s batting form has been patchy, with 155 runs, including one fifty, to his name. This season, however, he has led the team brilliantly and made some brilliant decisions.

So far, the skipper’s batting form has been patchy, with 155 runs, including one fifty, to his name. This season, however, he has led the team brilliantly and made some brilliant decisions.

This season, the West Indian has been nothing short of spectacular. He has a strike-rate of nearly 180 and is averaging close to 75 with the bat.

Although Parag’s inclusion has been called into question in recent games, the youngster has more or less delivered when it counts. He will, however, look to finish matches and assist RR in gaining crucial points in the future.

Andre Russell was castled by Ashwin with a peach of a delivery, highlighting the bowler’s impressive skillset in this format. He is still an important player in this lineup.

With an economy of more than 8, the left-arm pacer has been quite expensive in IPL 2022. His seven wickets, however, have all come at critical times in the game.

The Indian pacer has been effective in patches and will look to add to his tally against DC’s star-studded batting lineup.

McCoy returned with impressive figures, taking the crucial wicket of Sheldon Jackson in RR’s last match against KKR, and he could be retained for the team’s match against DC.

In the previous game against KKR, the hat-trick and five-wicket haul hero drew everyone’s attention. His spell was decisive, as KKR lost the game by 7 runs.