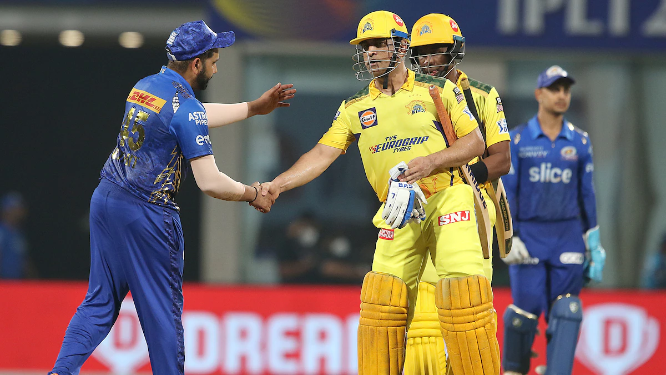 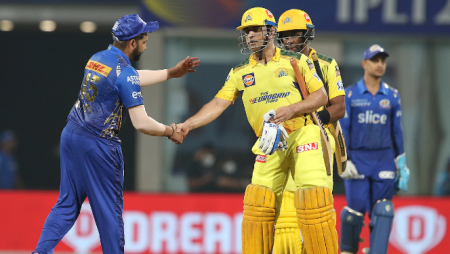 A dejected Mumbai Indians captain Rohit Sharma bemoaned his team’s top-order woes in the ongoing IPL. He could only admire veteran Mahendra Singh Dhoni for his match-winning knock on Thursday. MI suffered their seventh defeat in the IPL. Dhoni guiding Chennai Super Kings to a three-wicket win in a last-ball finish with a 13-ball 28 not out.

“We put up a great fight. We were right in the thick of things. Despite batting poorly, our bowlers kept us in the game the entire time. However, we all know how calming MS Dhoni can be, and he took them home “During the post-match presentation, Rohit stated.

“It’s difficult to put your finger on it (top order problems). It’s always going to be difficult if you lose three or two wickets up front. You’re constantly playing the catching (up) game.” Following a disastrous start, Tilak Varma’s 51 not out helped MI reach a respectable total of 155 for 7, but not enough as CSK chased down the target of 156 in the final ball.

“But, in the end, MS and Pretorius remained calm and brought them home.” The pitch, according to Rohit, was good, and his team could have scored more runs after being invited to bat.

CSK captain Ravindra Jadeja was effusive in his praise for Dhoni.

“The way the game was going, we were actually very tense, but at some point we knew that the great finisher of the game was there, and if he played to the last ball, he could definitely finish the match.”

“He (Dhoni) demonstrated to the world that he is still alive and capable of finishing the game.” “We have plenty of experience in our team, so they know when to perform and what to do,” he said of Ambati Rayudu and Dwayne Bravo. So, even if we don’t win the game, we try to remain calm and relaxed.

“I don’t take fielding for granted and continue to improve. We need to improve our fielding and catching because we can’t keep dropping catches every game “Jadeja spoke about his team’s subpar fielding performance in the match.