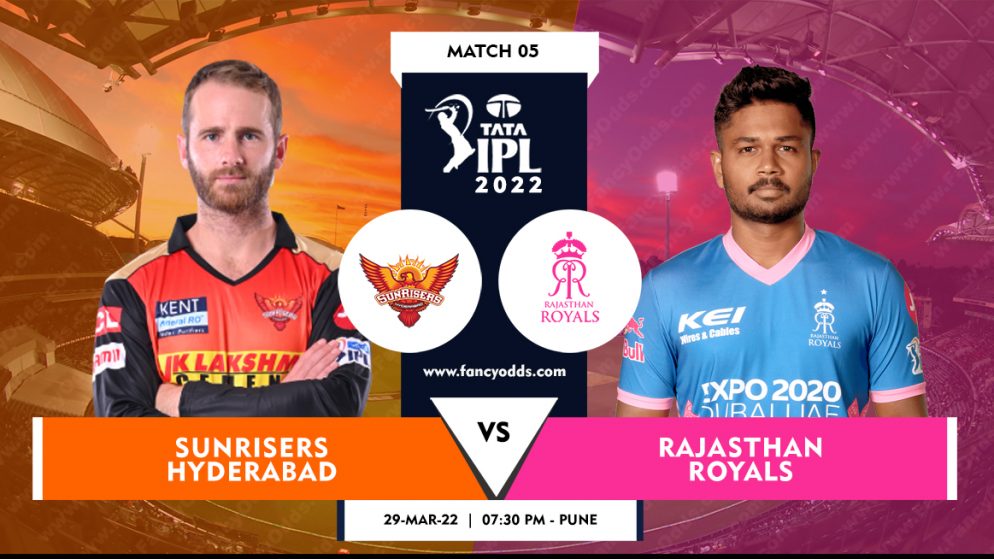 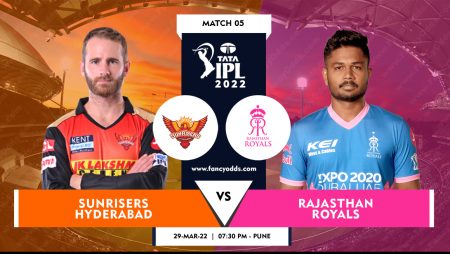 IPL 2022: RR and SRH Aim for a Winning Start. Heavyweights RR face SRH in a clash of former champions on Tuesday as both sides look to get off to a winning start in the IPL.

Heavyweights Rajasthan Royals face Sunrisers Hyderabad in a clash of former champions on Tuesday. As both sides look to get off to a winning start in the IPL. The Royals’ batting fortunes will be largely determined by the form of their talented skipper Sanju Samson. Who has been on the scene for a while but has yet to live up to expectations. Inconsistency has been his downfall, and he hopes to change that this season as they seek their first title since the inaugural edition in 2008.

Every year, Samson makes one or two game-changing shots. But this time he’ll have to go the extra mile if the Royals are to win their second championship.

Good performances in the IPL could also help Samson secure a spot in the Indian team for the T20 World Cup later this year.

The Jaipur-based side is expected to start with Jos Buttler and Devdutt Padikkal. A rampaging Buttler can rip through any bowling attack. If he and the stylish Padikkal can get off to fast starts, the Royals will be well served with the likes of Samson and others to come.

RR and SRH Aim for a Winning Start

The Royals have a number of middle-order options, including power-hitter Shimron Hetmyer. Rassie Van der Dussen, Jimmy Neesham, and Riyan Parag, whose contributions could determine the team’s fortunes.

Their eight overs would be critical in the context of a specific game. Nothing would please skipper Samson more than if the duo could spin a web around the SRH batters.

The experience of captain Kane Williamson, arguably the best batter in the squad, would be critical for SRH. His contributions with the willow and as a leader could have a significant impact on the team’s fortunes.

Williamson’s countryman Glenn Phillips can bat first, while hard-hitting West Indians Nicholas Pooran. Priyam Garg, and Rahul Tripathi will be expected to bat in the middle order. Tripathi has also contributed significantly in the IPL, but it is now time for him to demonstrate consistency.

If Williamson opts to bat at No.3, Ravikumar Samarth can open the batting, while Abdul Samad, who has impressed many, can serve as the franchise’s finisher.

Bhuvneshwar Kumar, one of the best death bowlers, will lead the bowling attack. However, he, like new pace sensation Umran Malik, would need to produce consistent spells.

T Natarajan, a left-arm pacer on the comeback trail, will be hoping to get his yorkers right as he works his way back into national team contention.

Washington Sundar, another T20 specialist, could be a key player for the Sunrisers, as could Shreyas Gopal or J Suchith.