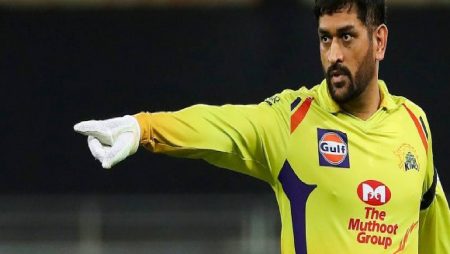 IPL 2022: MSK Prasad Former India Selector Reacts to MS Dhoni’s Departure as CSK Captain “did not expect him to take the call so soon.”

MS Dhoni’s decision to resign as captain of the Chennai Super Kings (CSK) on Thursday came as a surprise. Former India selector MSK Prasad is among those who were taken aback by the news. CSK announced two days before the start of the Indian Premier League (IPL) 2022 against Kolkata Knight Riders (KKR) that Dhoni will hand over the captaincy to all-rounder Ravindra Jadeja. MSK Prasad state that he was shock to hear the news, and that while it was unavoidable, he did not expect it to happen so soon.

“Speaking for myself, I’m shocked to hear this. Since the inception of the IPL, we have seen Dhoni in yellow and leading the team. Even if you look at the most recent edition, he won the IPL championship. It comes as a surprise to me that MS will not be leading CSK “MSK Prasad told CNN-News 18

“This was also expected over time, but not so soon. I thought he’d take a call at the end of the season. But you never know how Dhoni will respond to a phone call. He accepts it instinctively “He continued.

“It may appear instinctive to the outside world, but he does a lot of analysis before making a big decision, and I’m sure he must have thought from every angle, spoken to management, and passed on the baton to one of the best all-rounders in the world right now,” Prasad concluded.

MS Dhoni has been the captain of CSK since the first season of the IPL in 2008.

Also Read: Sunil Gavaskar names one team that is unlikely to win the IPL in 2022.