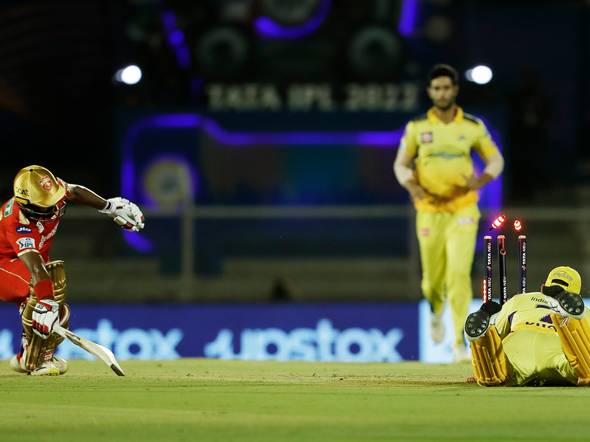 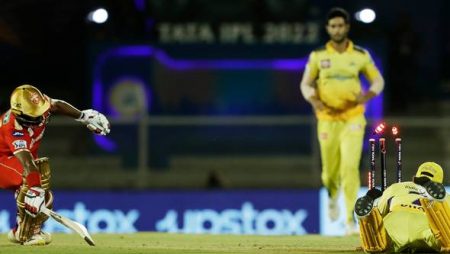 Despite his age, MS Dhoni demonstrated his quick reflexes in Match 11 of the ongoing Indian Premier League (IPL) 2022 season at Mumbai’s Brabourne Stadium. The veteran played a role in the dismissal of Punjab Kings’ (PBKS) Bhanuka Rajapaksa, who left the game against Chennai Super Kings (CSK) on Sunday after a huge mix-up.

In the second over, after receiving a delivery from Chris Jordan, the Sri Lankan batter directed it to the left of the bowler and took off for a single. Midway through, he realized Dhawan had turned down the run and attempted to return to the striker’s end, but Jordan and Dhoni took care of the rest. The English pacer had a miss at the batter’s end, but Dhoni was there to cover for him, diving to collect the ball and parry it onto the stumps.

CSK were bowled out for 126 in 18 overs while chasing a target of 181 runs. Despite Shivam Dube’s half-century, CSK failed to put up a fight on Sunday.

CSK, the defending champions, have now lost all three of their matches and will look to resurrect their campaign.

Also Read: The ICC CEO Discusses the World Body’s Bid for Cricket Inclusion in the Olympics