IPL 2022: Following the DC vs. SRH game, The Points Table have been updated. 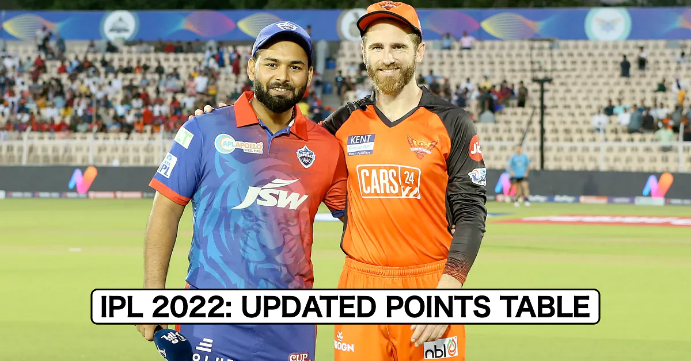 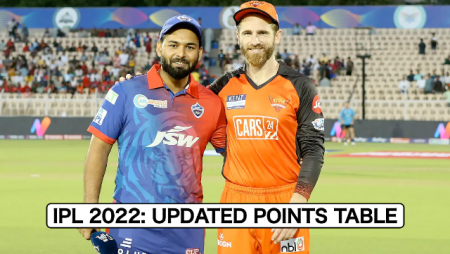 IPL 2022: Following the DC vs. SRH game, The Points Table have been updated. SRH has now lost three consecutive games.

On May 5, The DC defeated the SRH by a score of 21 runs at Brabourne Stadium in IPL 2022 Match 50. While DC added two valuable points to their tally to resurrect their campaign. SRH lost for the third time in a row.

Kane Williamson, the SRH captain, won the toss and chose to bowl first. His decision appear to be correct when opener Mandeep Singh was out for a duck in the first over. While Australian all-rounder Mitchell Marsh return to the dugout with only 10 runs to his name. That is when David Warner and skipper Rishabh Pant came to the rescue with a 48-run third-wicket stand.

Following Pant’s dismissal, Warner and Rovman Powell made sure there were no more hiccups by keeping the scoreboard ticking and then accelerating in the death overs. The pair added an unbeaten 122 runs for the fourth wicket to take the score to 207/3. Powell scored 67 runs off 35 deliveries while the southpaw remained unbeaten on a 58-ball 92.

In response, the Orange Army was dealt an early blow when Abhishek Sharma and captain Williamson were dismiss for single-digit scores. Even Rahul Tripathi struggle and out for 22 before the experience duo of Aiden Markram and Nicholas Pooran added 60 runs for the fourth wicket before the former was sent back for a 25-ball 42.

Pooran then tried his hardest to keep SRH in the hunt, taking on Delhi’s bowling attack alone despite running out of partners. Nonetheless, once he dismiss for 62 runs in 34 deliveries, its already game over for SRH, who restricted to 186/8.

After DC vs. SRH Match, Here’s the Updated Points Table: