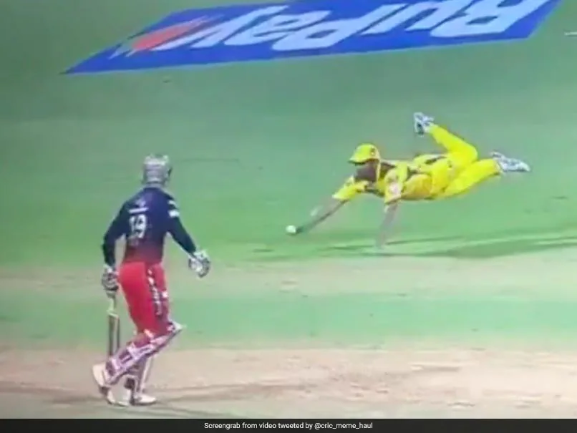 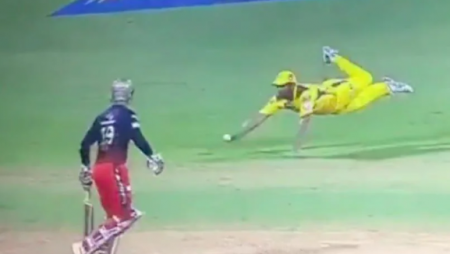 On Tuesday, Chennai Super Kings (CSK) won their first game of the ongoing IPL 2022 season. Defeating Royal Challengers Bangalore (RCB) by 23 runs at the Dr DY Patil Sports Academy in Navi Mumbai. CSK posted 216/4 in 20 overs thanks to 95 and 88 from Shivam Dube and Robin Uthappa, and then the Ravindra Jadeja-led side outclassed RCB with an all-round bowling performance. The Royal Challengers Bangalore were never in with a chance because they kept losing wickets at regular intervals. Ambati Rayudu took a stunning catch in the 16th over to dismiss RCB’s No.9 batter Akash Deep, adding to CSK’s joy.

CSK skipper Ravindra Jadeja bowled a short of a good-length ball in the 16th over of the innings, and the ball stopped on the wicket, and Akash Deep just managed to push at it. Rayudu dived full-length to his right at short cover to pluck the ball out of thin air with his right hand after the ball flew into the air. Rayudu and Jadeja then threw a lavish party.

Maheesh Theekshana took four wickets for CSK while defending 216. Suyash Prabhudessai, Shahbaz Ahmed, and Dinesh Karthik attempted to take the game away from CSK, but they were unable to stay at the crease for long enough, and CSK went on to win comfortably.

CSK are ninth in the points table with two points from five games, while RCB have slipped to fifth in the standings.

RCB will next square off against Delhi Capitals on Saturday while CSK will take on Gujarat Titans on Sunday.

Also Read: Abhishek Sharma of SRH on working with Brian Lara in IPL 2022