India Fell Short Against Sri Lanka in the Asia Cup, According to India’s Star All-Rounder 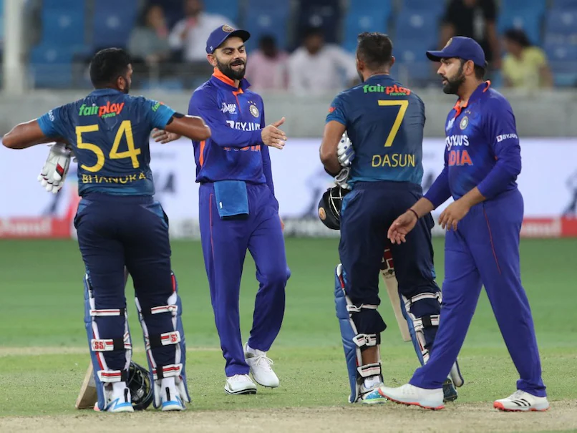 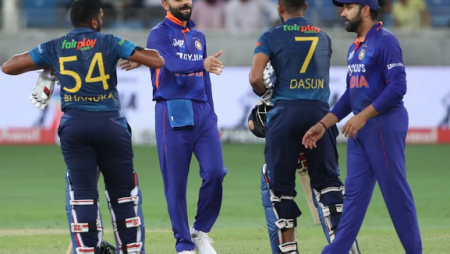 Where India Fell Short Against Sri Lanka in the Asia Cup, According to India’s Star All-Rounder. The Rohit Sharma-led team On Tuesday, Team India was defeated by Sri Lanka by 6 wickets in their Super 4 match.

Former India allrounder Irfan Pathan stated after the game that Arshdeep Singh should have bowled the 19th over. With Sri Lanka needing seven runs, the young left-arm pacer bowled the final over. He battled until the end, but Sri Lanka won in 19.5 overs.

“There is no dew on the ground if you look closely. Bowling actually makes things easier. There was also some assistance for the spinners. The spinners took all of the wickets that fell. The ball was at least holding up a little bit. There were no wickets for fast bowlers. I believe Rohit Sharma missed a trick a couple of times: Deepak Hooda did not bowl, and Arshdeep should have bowled the 19th over because the ball was going away nicely due to the left armer’s angles. That had the potential to be so much better. I was saying that during commentary, not just after the game “Star Sports’ Irfan Pathan.

“These two items could have performed better. You would expect Team India to bowl better in the first ten overs.”

Sri Lanka, chasing what appeared to be a par score at the innings break, got off to a flying start, with openers Kusal Mendis (57 off 37 balls) and Pathum Nissanka (52 off 37 balls) putting on 91 runs at a rapid pace.

The fifty was reached in the sixth over, with both batters finding the gaps and boundaries with consummate ease, putting tremendous pressure on the Indian bowling attack, which appeared clueless in the face of the two Lankan batters’ positive approach.

Leg-spinner Yuzvendra Chahal, on the other hand, had other plans, striking twice in the 12th over to halt Sri Lanka’s march.

Ravichandran Ashwin dismissed Danushka Gunathilaka (1) in the 14th over, leaving Sri Lanka at 110 for three.

Sri Lanka suffered a body blow in the next over when Chahal got the big wicket of Mendis, who was trapped lbw in front of the wicket.

However, Sri Lanka skipper Dasun Shanaka (33 not out) and Bhanuka Rajapaksa (25 not out) stayed until the very end to complete the task for their team with a match-winning, fifth-wicket partnership of 64 runs.

Also Read: Suresh Raina, ex-India cricketer, has announced his retirement from “all formats of cricket.”