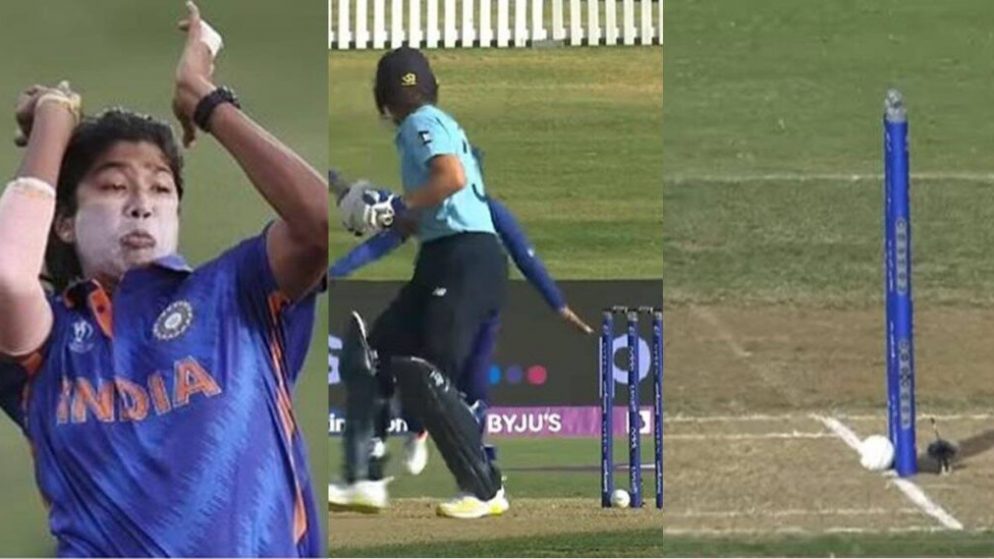 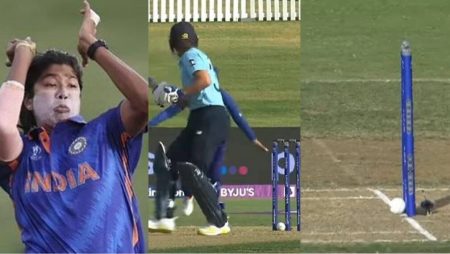 IND vs ENG: Jhulan Goswami’s ball hits the middle stump, but England’s Nat Sciver survives. England batter Nat Sciver almost bowl by Jhulan Goswami’s lethal inswinger, but the bails did not fall off and she survived at the crease for a little longer.

England defeated India by four wickets in the ongoing ICC Women’s World Cup, giving Heather Knight’s team their first win of the tournament. However, an incident in the fifth over of England’s innings involving Jhulan Goswami and Nat Sciver got cricket fans talking. Jhulan bowl a deadly inswinger that got the inside edge of Sciver’s bat and hit the middle stump in the fifth over of England’s chase, but the bails were stubborn and did not fall, allowing Sciver to extend her vigil at the crease.

The Indian players couldn’t believe their luck when the ball hit the stumps with a fair amount of velocity.

This is not the first time something like this has happened in cricket. Zing bails have frequently been chastise for being too heavy and not falling off even after impact.

On Wednesday, India defeated by England by four wickets in the ICC Women’s World Cup. The Mithali Raj-led side has four points from four games and is currently ranked third in the World Cup points table.

Jhulan Goswami became the first women’s cricketer to reach the milestone of 250 ODI wickets during the game.

IND will next square off against AUS on Saturday.

Also Visit: The RCB captain, Faf du Plessis, has been named ahead of the IPL 2022 season.