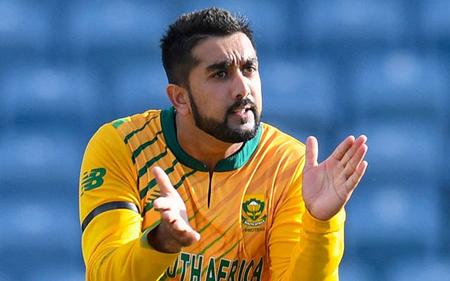 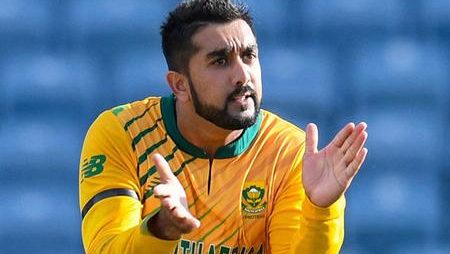 On Tuesday, October 4, the third and final Twenty20 International between India and South Africa. The Holkar Cricket Stadium in Indore delivered an enthralling run-fest. South Africa won convincingly by 49 runs to prevent a whitewash, thanks to a stunning century from Rilee Rossouw. The hitters were having a good time in the middle. The bowlers were struggling to defend the shorter boundaries. Proteas ace Tabraiz Shamsi batted for the bowlers with his latest tweet.

South African bats ran over Indian bowlers, with every Indian bowler. Save Ravichandran Ashwin, allowing more over 11 runs per over. The visitors scored a massive 227/3 thanks to Rilee Rossouw’s blistering 100 from only 48 deliveries.

The visitors won handily in the end. Tabraiz Shamsi is one of the Proteas’ white-ball mainstays. He advocated for an equitable duel between bat and ball, citing Indore’s narrow boundaries. He shared a message showing the measurements of the Holkar Stadium. It has two extremely short boundary sides of 55 and 56 meters.

Read also: T20 World Cup 2022: India will travel to Australia without a replacement for Jasprit Bumrah.

“Does anyone know of a way that can allow me to retweet this more than once. Let’s make cricket an even contest between bat and ball.”

In the T20I series against India, Keshav Maharaj was the driving force for South Africa.

The left-arm spinner had a lackluster performance in the first T20I. He surrenders 27 runs in 2.4 overs. He was forced to sit out the second and third T20I in the just ended three-match series. The bowlers struggled in the final two games of the series. Keshav Maharaj, Shamsi’s senior spin bowling partner, was outstanding for the Proteas.

The left-arm spinner, who was torn apart by the other bowlers in the second T20I, came back with outstanding bowling statistics of 2/23. On a batting-friendly surface in Indore, he followed it up with another remarkable performance, taking 2/34 in his four overs amid chaos.