In Jasprit Bumrah’s New Rehab Video, “No Hurdle Is Too Big.” 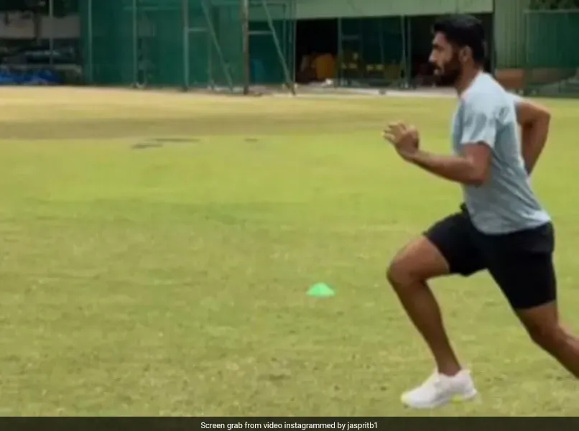 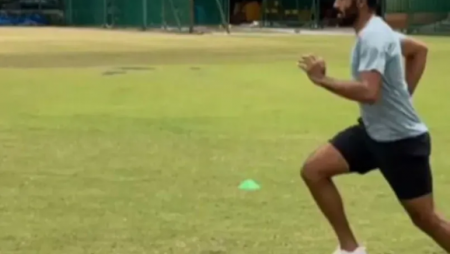 In Jasprit Bumrah’s New Rehab Video, “No Hurdle Is Too Big.” Due to a back injury, Jasprit Bumrah will miss the upcoming Asia Cup. He is currently being treat at the NCA in Bengaluru.

On August 28, India will face Pakistan in the much-anticipated Asia Cup 2022 match. Jasprit Bumrah is one player who sorely miss in the high-octane clash. It is worth noting that the pacer, who has led India’s bowling attack. Will miss the continental event due to a back injury. He is currently undergoing rehabilitation at the National Cricket Academy in Bengalur. Where he is making every effort to return to peak fitness as soon as possible.

Bumrah shared a video of his recovery process on social media on Tuesday. The pacer could be seen jumping hurdles and throwing a ball in the video clip that was shred on Instagram.

Jasprit Bumrah’s New Rehab Video: “No Hurdle Is Too Big.”

In Bumrah’s absence from the Asia Cup, specialist bowlers Bhuvneshwar Kumar, Arshdeep Singh, and Avesh Khan will lead the Indian pace attack, with Hardik Pandya also available. It is worth noting that Harshal Patel was also unable to make the squad due to injury.

At the continental event, Team India will be led by Rohit Sharma and will begin their campaign against arch-rivals Pakistan. The team comes into the tournament fresh off a 3-0 ODI series victory over Zimbabwe.

Several senior and regular players, including Rohit Sharma, Hardik Pandya, Rishabh Pant, and Yuzvendra Chahal, were rest for the Zimbabwe tour, but they are all participating in the Asia Cup.