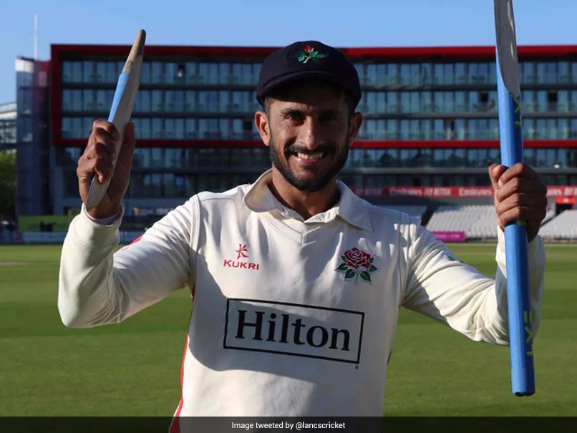 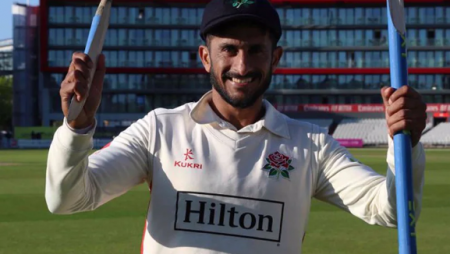 Hasan Ali has been outstanding for Lancashire in their current Division One match against Gloucestershire. In the first innings, the Pakistani speedster took a magnificent six-for to help his team bowl out Gloucestershire for 252. Lancashire then went on to declare for 556 runs, giving them a commanding first-innings lead. Hasan Ali, on the other hand, was not finished. Moreover, In the second innings, he returned to haunt Gloucestershire, assisting his team in reducing the opposition to 67 for three at stumps on Day 3. So far in the second innings, Hasan Ali has taken one wicket, but the delivery he produced to dismiss James Bracey has become the talk of the town.

The Pakistani pacer unleashed a ferocious yorker, to which Bracey had no response. The ball smashed into the middle stump, severing it in two.

Furthermore, Gloucestershire trailed Lancashire by 237 runs at stumps on Day 3 and will need something special to wrest the advantage from the opposition.

Lancashire piled on the runs in Manchester in the first innings, with Josh Bohannon hitting a brilliant double century and captain Dane Vilas scoring 109 off 147 balls.

Gloucestershire’s most successful bowler in the first innings was Zafar Gohar, who took four for 135.

James Anderson, who had gone wicketless in the first innings, gave Lancashire an early breakthrough in the second innings by dismissing Australian batter Marcus Harris. Also, Saqib Mahmood was the next to strike, sending Chris Dent packing on the 19th.

Bracey and Miles Hammond helped to steady the ship for a few moments before Hasan Ali rocked them again with his sensational yorker.

With some cautious batting, Hammond and Gloucestershire captain Graeme van Buuren ensured the team did not suffer any further setbacks.