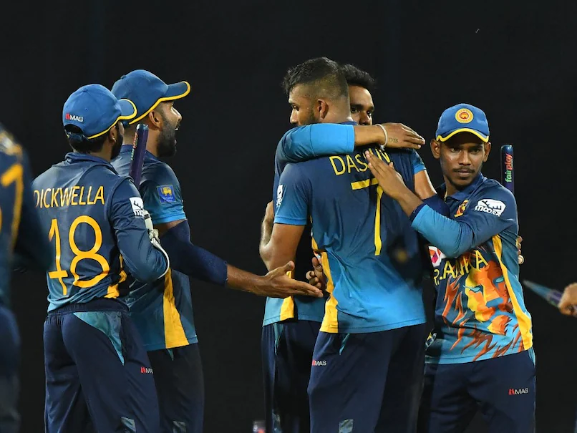 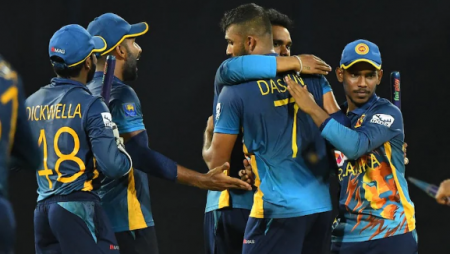 Dasun Shanaka led Sri Lanka to a historic win over Australia in the fourth ODI on Tuesday, much to the delight of fans in the country’s economic crisis. Sri Lanka had sealed a series victory in the five-match series, taking an unassailable 3-1 lead into the final match. This is Sri Lanka’s first ODI series victory over Australia at home since 1992. After the victory, former Sri Lanka captain Sanath Jayasuriya praised the team for their outstanding performance.

“Congratulations to the victorious Sri Lankan team for a fantastic series victory against the Aussi’s at home after 30 years ! A true team effort. Well done boys !” Jayasuriya tweeted.

“Feeling so emotional,” he added.

“Well done @OfficialSLC Superb team effort and finding ways to win .. that’s the way lads #SLvaus Soo enjoyable to watch .. the walk to the game for many was thoroughly worth it,” Arnold tweeted.

Sri Lanka skipper Shanaka was emotional after the win.

“Not only for me, my teammates, Sri Lanka cricket. The whole country, this is much needed at the moment,” he said after the match.

“I think this should be celebrated by the whole of Sri Lanka.”

He also took to Twitter to celebrate the victory.

“Thank you Sri Lanka, Thank you my PEOPLE!” he wrote.

Australia got off to a shaky start, with skipper Aaron Finch out for a duck, but his opening partner David Warner led the charge.

Despite a brilliant knock, he was out on 99, and the lack of support from the other side meant it wasn’t enough to get them home.

Of course, there was some drama in the final over, with Australia needing 19 runs and Sri Lanka skipper Dasun Shanaka bowling.

A boundary would have also tied the game, but Shanaka got him to sky a catch to the cover fielder to seal a thrilling victory.

Australia won the first ODI, but Sri Lanka came back strong to win the series with one match remaining.