“Comeback To The Indian Team…”: Prithvi Shaw Discusses Returning To The National Team 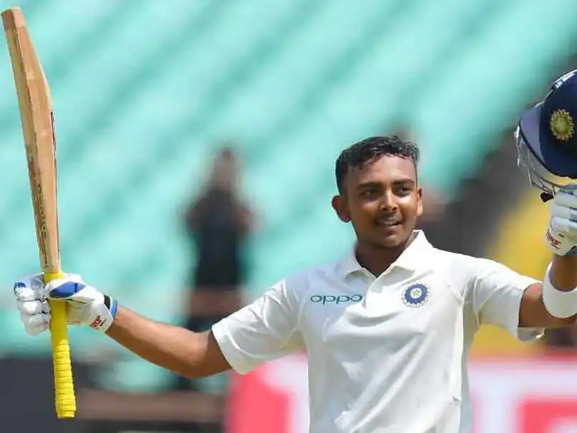 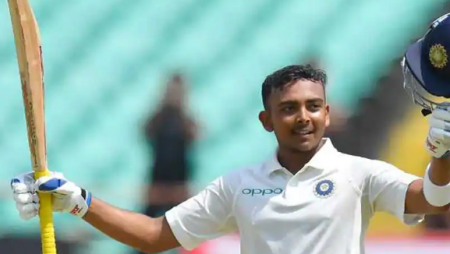 “Comeback To The Indian Team…”: Prithvi Shaw Discusses Returning To The National Team. Prithvi Shaw’s last appearance for India was in July 2021. He has played in 12 senior-level games for his country.

Mumbai and Madhya Pradesh will face off in the Ranji Trophy final, which begins on Wednesday in Bengaluru. Madhya Pradesh is making its first appearance in the final, while Mumbai is the domestic powerhouse, having won the competition 41 times. Mumbai captain Prithvi Shaw will face Chandrakant Pandit’s Madhya Pradesh, and it’s worth noting that Pandit was Shaw’s first domestic coach.

“It makes me very proud to be the captain of Mumbai. Five years ago, in the finals, Chandu sir was the coach, and playing against him will be extremely difficult for us, whoever is playing. I am extremely proud to captain Mumbai. Looking back on the last five years, from my first stint in 2016-17 to captaining Mumbai in Vijay Hazare and now leading the Ranji Trophy, I am filled with pride. I’m hoping to bring this Cup back home “Shaw stated this at a press conference in Bengaluru on Tuesday.

“It’s not even on my mind, you know – return to the Indian team. My main goal is to win the Cup, and I’m not thinking about anything else. I’m not thinking about anything else because the finals start tomorrow. The preparation we have done has been solely for the Ranji Trophy, with no regard for what is going on outside. Winning the Ranji Trophy and recapturing those happy memories is also crucial “He continued.

Shaw had 50s in both the quarterfinals and the semi-finals against Uttarakhand and Uttar Pradesh.

Shaw stated about his own performance: “I had a couple of fifties, but that wasn’t enough for me. After those fifties, no one even congratulated me. As a result, I feel bad as well. But I’m glad my team is succeeding. As a captain, you must accept all 21 of the players I have here.”

“It’s not all about me. In both cricket and life, the graph always goes up and down. It will never always increase. It’s only a matter of time before I can middle the ball and get those big runs again. I’m just thinking about my team right now, making sure they’re taking care of themselves.”

Shaw stated about the final against Madhya Pradesh: “This will be a high-pressure game for everyone, as this is a young team. Many of them have never played in a final before and are inexperienced. But I believe they are prepared for this. Looking at our batters, we have a good, talented, and skilled team. Hopefully, what they’re doing now will be enough for one more game.”