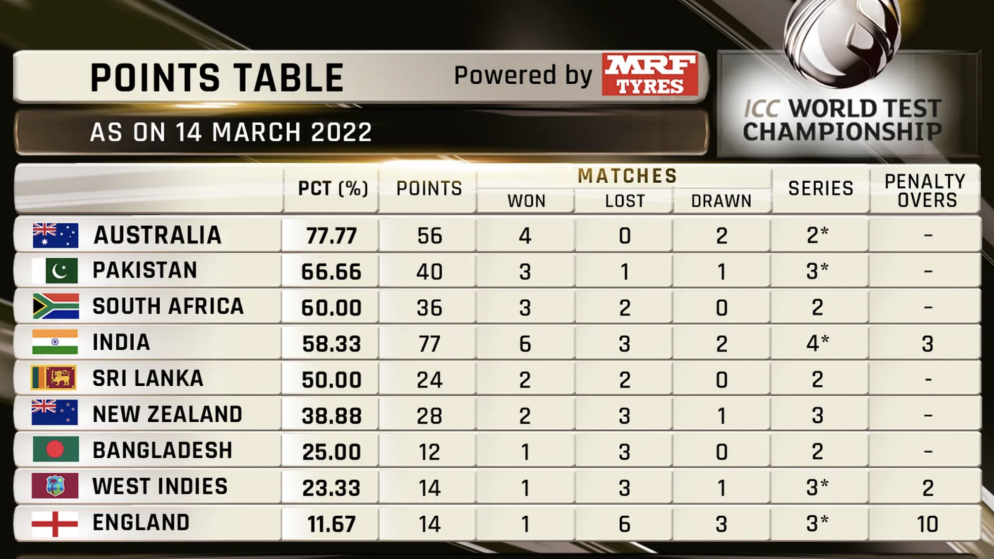 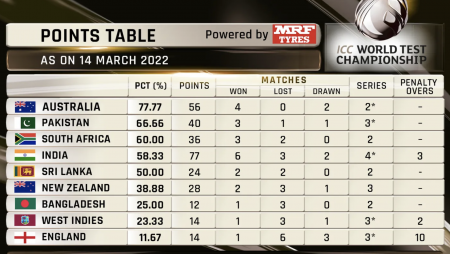 After clinching the series 2-0 on the third day of the second Test in Bengaluru. The Indian men’s cricket team moved up one spot to fourth place in the latest World Test Championship points table. Australia currently leads the table, followed by Pakistan and South Africa in third place. India has risen to the top of the points table following back-to-back victories in Mohali and Bengaluru. Following a 2-1 series loss in South Africa earlier this year. The series victory will provide much-needed relief to the Indian camp.

Moreover, India who began the series in fifth place, won the first Test in Mohali by an innings and 222 runs, followed by a 238-run victory in Bengaluru.

Also Read: Suryakumar Yadav is unlikely to play in MI’s IPL opener against DC on March 27.

India’s next longest-format match will be against England on July 1 at Edgbaston.

Moving on to the Caribbean Test series. The West Indies team was docked two points in the ICC World Test Championship Standings after being found to be two overs short in the first Test against England on March 13, which ended in a draw.

The second West Indies Test will begin on March 16 at the Kensington Oval in Barbados. Followed by the final Test on March 24 at the National Cricket Stadium in Grenada.