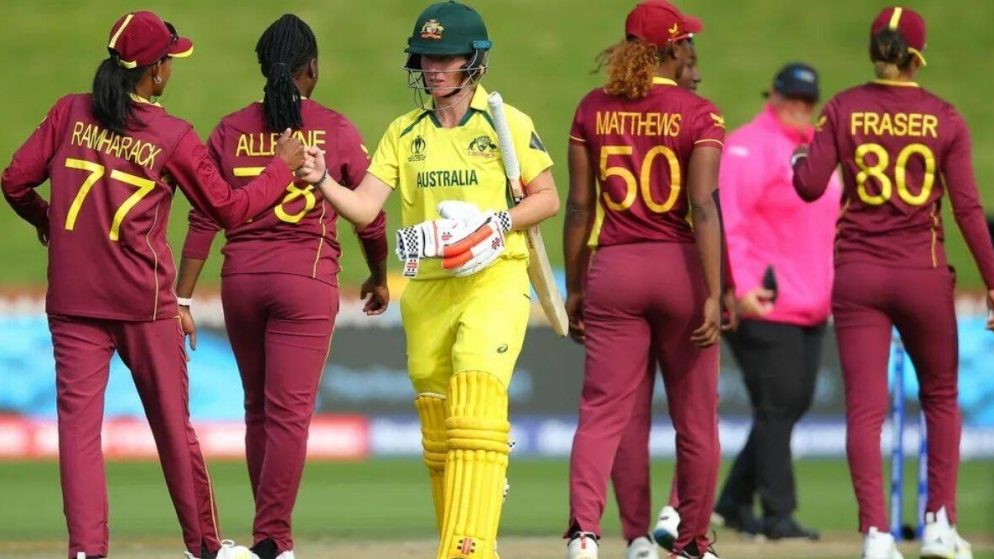 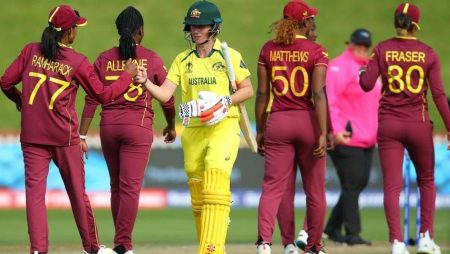 Australia defeated the West Indies by seven wickets in Wellington on Tuesday, maintaining their unblemished record in the Women’s Cricket World Cup. The tournament’s red-hot favourites produced another ruthless performance to race to a 4-0 winning record at the one-day showcase, highlighted by Rachael Haynes’ unbeaten 83. The victory vaults the six-time champions to the top of the standings with a healthy run rate, all but ensuring a semi-final berth.

The West Indies have won two of their four matches and are still in contention to finish in the top four in the round-robin standings.

The West Indies won the toss and chose to bat, but they were stun when Ellyse Perry took two wickets in consecutive balls, leaving them at 4-2.

“Early wickets up front made a difference in the game, putting us ahead and putting them under pressure,” Australian captain Meg Lanning said.

Perry clean bowled Hayley Matthews for a duck before coaxing an edge off the first ball Kycia Knight faced.

It could have been worse, but the third umpire grant reprieves to Deandra Dottin and Staphanie Taylor.

West Indies captain Taylor made the most of her opportunity by battling to 50, but she was unable to find any support, with Shemaine Campbelle scoring 20.

The paltry total was never going to be enough against the strongest batting lineup in women’s cricket, but the West Indies did well to force Australia to bat for 30.2 overs to reach the 132-run target.

Taylor said the West Indies needed a total of about 250 to defend, but she was encouraged by a strong bowling performance and optimistic about her team’s chances of progressing.

“We still have three (pool) games left,” she said, “which is a lot of cricket.”

“All we have to do now is go back to the drawing board and start over.”

Also Read: The RCB captain, Faf du Plessis, has been named ahead of the IPL 2022 season.