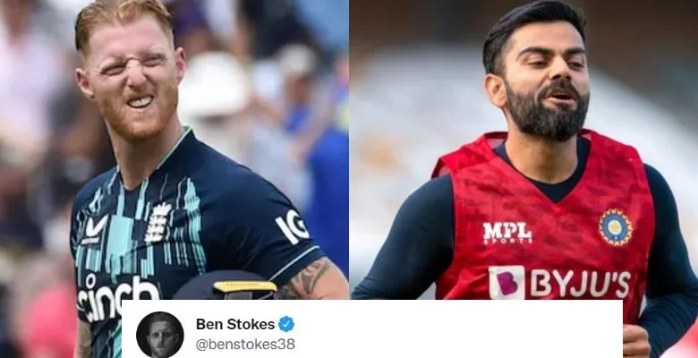 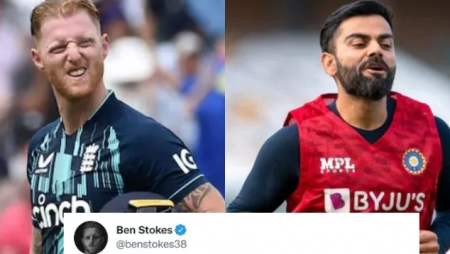 “I Love Virat,” says Ben Stokes in response to Kohli’s message following his ODI retirement. Ben Stokes announced his retirement from the 50-over format via social media, stating that playing all three formats was “just unsustainable” for him.

Virat KOhli had a special message for Ben Stokes following his surprise ODI retirement announcement on Monday. “You’re the most competitive player I’ve ever faced. Respect, “Kohli replied to Stokes’ Instagram post. Ben announced his retirement from the 50-over format via social media, stating that playing all three formats was “just unsustainable” for him. Stokes made his decision just a few months after being named England’s Test captain. Stokes has played 104 One-Day Internationals for England, scoring 2919 runs with three centuries and 21 half-centuries while also taking 74 wickets. He has finally responded to Kohli’s compliment.

Also Visit: The CSA has appointed Graeme Smith as commissioner for their T20 league in collaboration with IPL stakeholders.

“I love Virat. He will be remembered as one of the greatest players to ever play the game in all three formats. He’s a fantastic player, and I’m glad I got to play against someone like him. I’ve always admired the energy and commitment he brings to the game, even before I started playing against him. When you play guys like that, you understand what it means to play the game at the highest level, not just for yourself but for everyone else “Stokes told Sky Sports.

“I’ve enjoyed every game I’ve played against him. I’m sure there will be more battles on the field.”

Earlier, Stokes said in a statement, “I will play my final ODI for England on Tuesday in Durham.” I’ve decided to step away from this format.

“As difficult as this decision was to make, it’s not as difficult to deal with the fact that I can’t give my teammates 100 percent of myself in this format anymore. Anyone who wears the England shirt deserves nothing less “He went on to say.

“This has been a very difficult decision to make. I’ve enjoyed every minute of representing England with my teammates. We’ve had an incredible journey so far “He wrote something.

Also Read: “Banned me from T20s too.” Kevin Pietersen says after Ben Stokes withdraws from ODIs.