“Banned me from T20s too.” Kevin Pietersen says after Ben Stokes withdraws from ODIs. 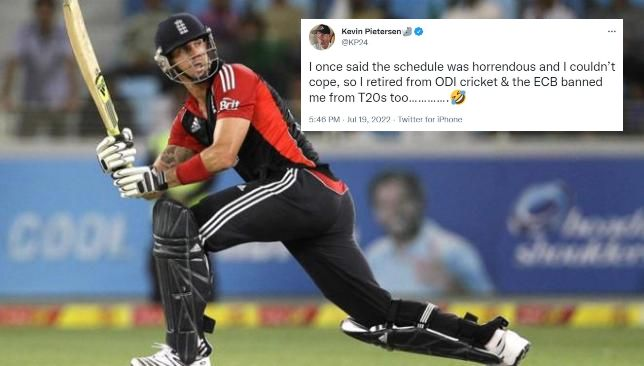 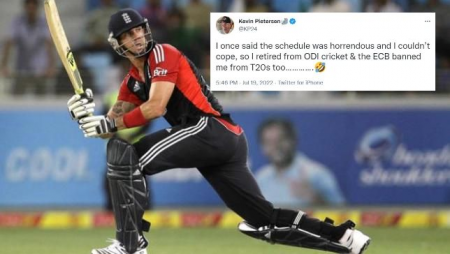 “Banned me from T20s too.” Kevin Pietersen says after Ben Stokes withdraws from ODIs. Kevin Pietersen is one of several cricketers who have spoken out against the current cricketing schedule in the aftermath of Ben Stokes’ ODI retirement.

The premature retirement of Ben Stokes from One-Day Internationals has caused concern around the world. The England Test captain stated clearly in his statement announcing his retirement from ODIs. ” Three formats are simply unsustainable for me right now. Not only do I believe that my body is failing me as a result of the schedule and expectations placed on us. But I also believe that I am taking the place of another player who can give Jos and the rest of the team their all. It’s time for someone else to make incredible memories as a cricketer like I have over the past 11 years.”

However, Stokes’ statement has sparked a debate about whether there is currently too much cricket being played. Former England cricket captain Kevin Pietersen also addressed the issue, criticizing the England and Wales Cricket Board (ECB).

Also Visit: BCCI is in talks with the Government of India about a 21% tax levy.

“I once said the schedule was horrendous and I couldn’t cope, so I retired from ODI cricket and the ECB banned me from T20s too,” Pietersen tweeted.

Moreover, Pietersen had a tumultuous relationship with the European Central Bank. Despite being a top batter, he frequently clashed with the cricket board. Pietersen represented England in 104 Tests, 136 ODIs, and 37 T20Is, scoring 8181, 4440, and 1176 runs in those three formats, respectively. He also played for a number of IPL teams.

“Bilateral ODI/T20 series will have to go if every board in the world wants their own Franchise tournaments!! Something must give… Players should not be retiring from one format at the age of 31!!!! “Vaughan stated in a tweet on Monday.

Also Read: Team India arrives in Trinidad ahead of the ODI series vs the West Indies.