‘Hopefully I can build on from this knock’- Virat Kohli 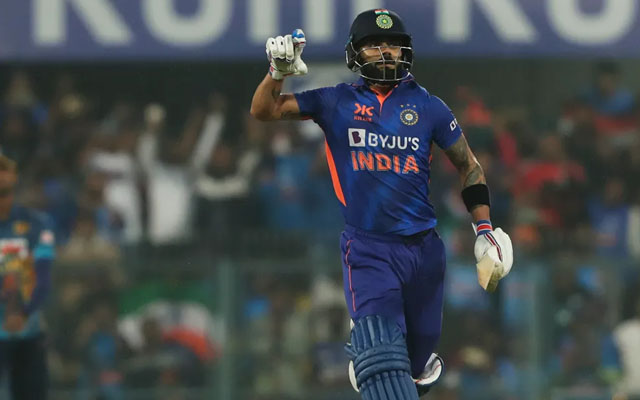 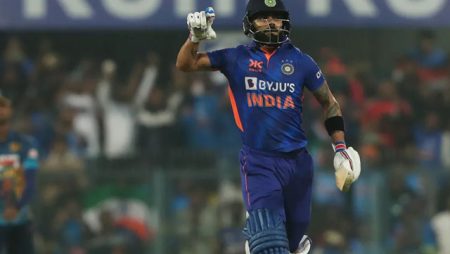 ‘Hopefully I can build on from this knock’- Virat Kohli. Kohli hammered 113 runs off 87 balls, including 12 fours and a six, to help India reach 373 runs.

Virat Kohli’s powerful 113-run effort propelled India to a mammoth total of 373 runs against Sri Lanka in their allotted 50 overs. Following the 67-run victory over the Islanders in the first ODI, Kohli stated that he would like to ‘improve on’ his magnificent innings as the ODI World Cup approaches.

Kohli pondered on his current performance and said that it was the’mental freshness’ that allowed him score large in a chat with the number one batter in the T20Is- Suryakumar Yadav for bcci.tv.

“First and foremost, congratulations on reaching 100. “You closed 2022 with a century, started 2023 with a hundred, please walk us through,” Suryakumar Yadav began.

“First and foremost, I want to wish you a Happy New Year and congratulate you on everything that you have accomplished. I didn’t start like this the previous two years, but I scored a century this year, so maybe I can build on it because it’s World Cup year!” said Kohli.

“We also have the major Test series against Australia so getting runs in any match gives you enormous confidence. With the due coming in, I was delighted to bat through the innings and bring the squad 25-30 more runs. “My thinking fluctuates at times, but maintaining mental freshness helps me,” he remarked.

Virat Kohli went on to say that ‘acceptance’ has helped him meet the high expectations of both fans and himself. He acknowledged to becoming frustrated when things were not going well for him during the previous few years.

“Keeping up with expectations is a pretty tough effort. When your cricket is going well, everything flows smoothly, but when your form suffers, as it did in my case, frustration sets in. It was because I wanted to play in front of my supporters. But I subsequently learned that I couldn’t be someone else and that I had to be loyal to myself. Even if I’m the most susceptible or the weakest player in the team, I can’t be in denial and must accept it,” Kohli explained.

India will be looking to win the series against the Lankan Lions in the next ODI at Eden Gardens in Kolkata.