“Has Typhoid Or Something”: Rishabh Pant On Prithvi Shaw 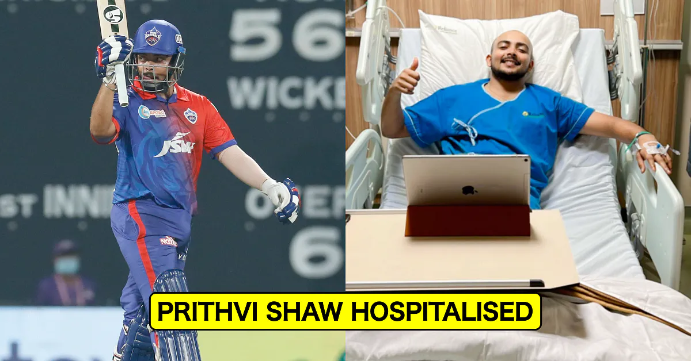 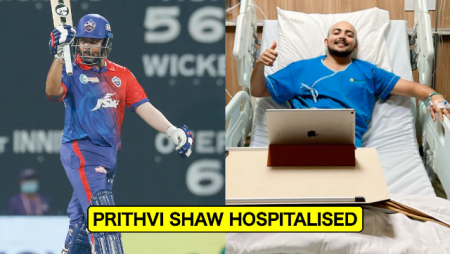 “Has Typhoid Or Something”: Rishabh Pant On Prithvi Shaw. Rishabh Pant, the captain of the Delhi Capitals, said on Wednesday that his opener Prithvi Shaw could be suffering from typhoid.

Delhi Capitals captain Rishabh Pant said on Wednesday that his opener Prithvi Shaw may have typhoid. Pant said after the Capitals’ eight-wicket victory over the Rajasthan Royals, which kept their IPL playoff hopes alive, that they missed Shaw at the top of the order. “We miss him, but we have no control over that. The doctor told me he has typhoid or something similar “Pant stated this during the post-match presentation ceremony.

Prithvi Shaw admitted to the hospital on Sunday due to a high fever.

Shaw admitted to the hospital on Sunday due to a high fever. He had shared an Instagram post from his hospital bed, saying he hopes to return soon. Srikar Bharat, who replaced Shaw, was unable to open his account.

Pant, who chose to field after winning the toss, said of the crucial victory, “It was close to a perfect game as I believe there is always room for improvement.” You can go either way on these types of wickets with little turn.

“I’m glad we bowled first. I thought 140-160 was a good score and mentioned it at the coin toss. And we made it. Because destiny is always in your hands, you should always strive to give your all. The fielding could have been better, but this was a near-perfect game.” RR captain Sanju Samson admitted that his team fell a few runs short of a difficult target.

“A very disappointing evening. We were a few runs and wickets short in the middle. The wicket two-paced while we were batting. We were 15-20 runs behind schedule. Dropped a few catches while bowling second. We are extremely disappointed, but we hope to return in the next game “Samson stated.