Hardik Pandya is not a bad captain simply because he lost his cool: Graeme Swann 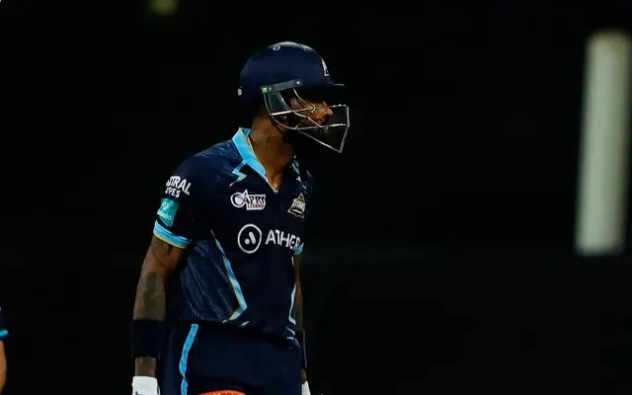 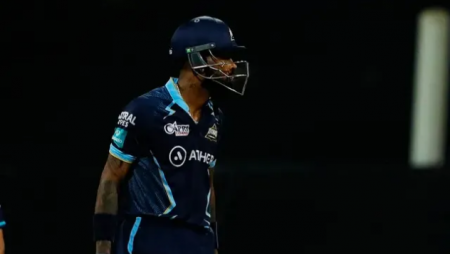 Hardik Pandya is not a bad captain simply because he lost his cool: Graeme Swann. Mohammed Shami’s fielding efforts irritated Hardik, who was seen yelling at the veteran fast bowler.

Hardik Pandya’s captaincy in the ongoing Indian Premier League (IPL) 2022 has certainly been impressive. In his first leadership role in the competition, Hardik led Gujarat Titans to three consecutive wins before falling to Sunrisers Hyderabad by an eight-wicket margin on Monday (April 11). While Hardik played well with both the bat and the ball, he appeared to lose his cool while defending a par total of 162 in Mumbai.

Hardik, who had only given up five runs in his first two overs, taken to the cleaners in his third over by his SRH counterpart Kane Williamson. After a slow start, he hit the pacer for two consecutive sixes as the Orange Army took command. Notably, Hardik had a chance to dismiss Williamson’s batting partner Rahul Tripathi in the same over.

Tripathi mistime a pull shot off Hardik’s well-direct bouncer, and the ball sailed to the third-man boundary, where Mohammed Shami was waiting. While the speedster could have taken the catch, he chose the safer route and stayed back to save the boundary. This irritate the GT captain, who seen yelling at the veteran fast bowler.

Also Visit: Trent Boult has been named the T20I player of the year.

It was not Hardik Pandya’s captaincy but a lack of runs that cost the team. Graeme Swann

While some fans criticized Hardik’s captaincy, former England spinner Graeme Swann defended him, saying that a captain’s nerve can be tested in such an intense match. “However, I’ll tell you what we shouldn’t do. We shouldn’t look at it and conclude that Hardik is no longer a good captain. “It wasn’t Hardik Pandya’s captaincy that cost them the game, it was the fact that they didn’t score enough runs,” Swann said on Star Sports.

“He shuffled his packs quite well, but as a skipper or bowler, your nerves get a little fried” (intense situations). “It wasn’t Hardik’s captaincy that cost them; it was a lack of runs,” he added. Former Australia opener Mathew Hayden, who was on the same panel as Shami, also chastised him for not going for the catch.

“I believe this was a critical moment in the game because he was bowling at a good pace.” Mohammed Shami was on the boundary and made no attempt to cross it. In fact, he retreated back to the boundary; I won’t say he avoided the catch outright,” Hayden explained.

“He needed to push himself further inside the boundary. When you’re not defending much, it’s all about working hard for your teammates and making the effort catches and plays. “Whether it’s a run-out, a catch, or just an assist in general to prevent a batter from scoring boundaries,” he added.

Also Read: Kuldeep Yadav Discusses the “Biggest Positive” for the Delhi Capitals in the IPL 2022.