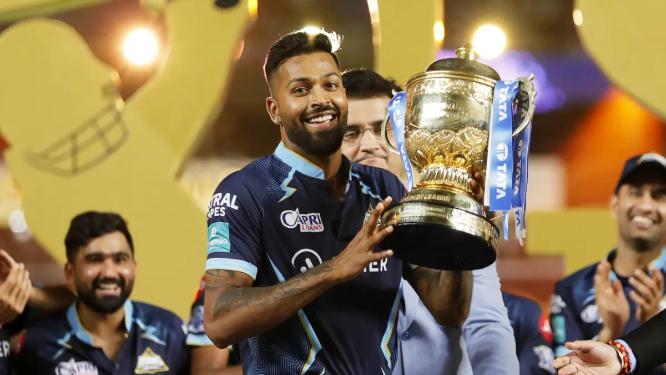 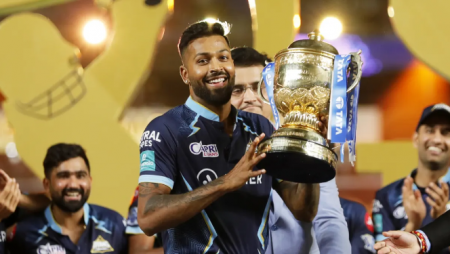 Hardik Pandya, the skipper of Gujarat Titans, stood up for his team when it counted the most, taking three wickets with the ball to help restrict Rajasthan Royals to 130/9. In the end, Gujarat Titans won the IPL title in their debut season with a comfortable win. There were doubts about Hardik’s bowling going into the IPL 2022, but he saved his best for the final, taking three wickets, including the prized scalp of Jos Buttler.

During a press conference following the IPL victory, Hardik stated that his goal is to win the World Cup for India and that he will give it his all no matter what.

“Absolutely to win the World Cup for India, no matter what happens. Going to give it everything I have, I have always been that kind of guy who always puts the team first. So, for me, the goal will be simple, to make sure that my team gets it most. Playing for India is always been kind of dream come true, no matter how many times or games I have played. It has always been a pleasure for me to represent the country, the kind of love and support I have got is purely from the Indian point of view. Long term or short term, one goal is there, I want to win the World Cup, no matter what happens,”

Hardik during a virtual press conference held after the IPL final.

Gujarat skipper Hardik registered 487 runs with the bat and eight wickets with the ball in hand during the IPL 2022 season, three of which came in the final against Rajasthan Royals.

In the final between GT and RR, the latter batted first and finished with a score of 130/9 in 20 overs. Jos Buttler top-scored with 39 runs, while Gujarat skipper Hardik Pandya finished with 3-17.

Shubman Gill and David Miller batted unbeaten on 45 and 34, respectively, to help Gujarat cross the line with seven wickets and 11 balls to spare. Trent Boult, Prasidh Krishna, and Yuzvendra Chahal each took one wicket for Rajasthan.

Also Read: After being dismiss in the IPL final, Jos Buttler reacts angrily and tosses his helmet.