After being dismiss in the IPL final, Jos Buttler reacts angrily and tosses his helmet. 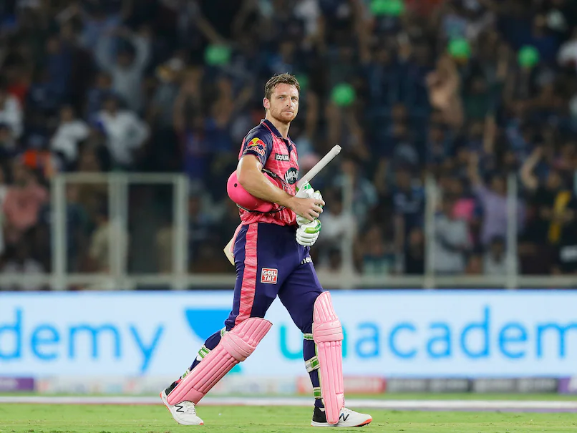 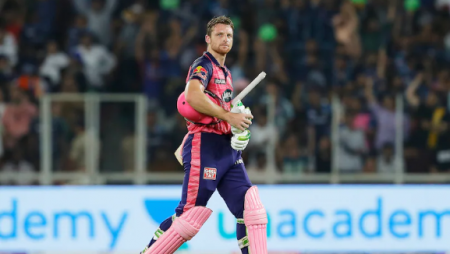 After being dismiss in the IPL final, Jos Buttler reacts angrily and tosses his helmet. Hardik Pandya dismiss Jos Buttler for 39 runs as the Rajasthan Royals looked to get going.

Jos Buttler of the Rajasthan Royals devastated after being dismiss in the IPL 2022 final. Against the Gujarat Titans. The Royals won the toss and chose to bat, but were hamper by the early wicket of Yashasvi Jaiswal. Buttler and captain Sanju Samson helped rebuild, but both fell in the ninth over. Buttler looked to get going with the onus on the season’s leading run-scorer to help the team put up a big score. But he dismiss for 39 by Hardik Pandya. He appear irritate at being let out and seen tossing his helmet away in frustration as he walk back to the dugout.

Also Visit: Mohammed Siraj has lost some confidence, but he will recover quickly:  Mike Hesson

Despite scoring 39 runs, he was the top-scorer for his team in a game in which they were limited to 130/., Largely due to Hardik Pandya’s magical spell of 3/17.

Shubman Gill then hit an unbeaten 45, aided by knocks from Hardik (34) and David Miller (32*), as Gujarat won the IPL title in their debut season with 11 deliveries to spare.

Buttler would be disappointed with the final result, but he won the Orange Cap for the season, scoring 863 runs, including four centuries.

Buttler’s 863 runs are also the second-most by a player in an IPL season. He surpassed Warner’s 2016 season total of 848 runs.