IPL final between GT and RR, a light and sound show captivates the capacity crowd. 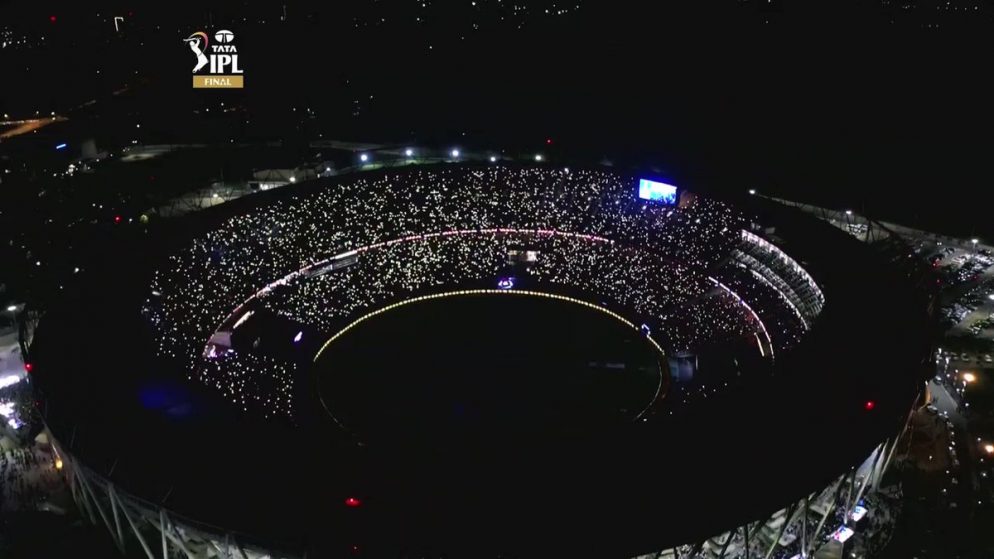 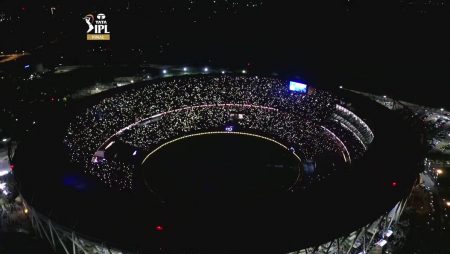 The IPL 2022 final was a spectacle to behold at the Narendra Modi Stadium in Ahmedabad. The title was won by the home team, Gujarat Titans, who defeated Rajasthan Royals by seven wickets. During the closing ceremony. Oscar winner AR Rahman and Bollywood superstar Ranveer Singh set the stage on fire before the final began. During the final’s mid-innings break, there was a light and sound show that drew everyone’s attention.

During the mid-innings show. The stadium lights went out and the entire crowd turned on the flash light on their phones, which was quite amazing to see along with the fast-paced music. Former Australia batter Matthew Hayden said during the show: “Incredible. On a clear night, it resembles the Milky Way.”

The official IPL handle tweeted the video of the sound and light now, with the caption: “Fantastic. This is an amazing sight.”

In the final between GT and RR, the latter batted first and finished with a score of 130/9 in 20 overs. Jos Buttler top-scored with 39 runs, while Gujarat skipper Hardik Pandya finished with 3-17.

Shubman Gill and David Miller batted unbeaten on 45 and 34, respectively, to help Gujarat cross the line with seven wickets and 11 balls to spare. Trent Boult, Prasidh Krishna, and Yuzvendra Chahal each took one wicket for Rajasthan.