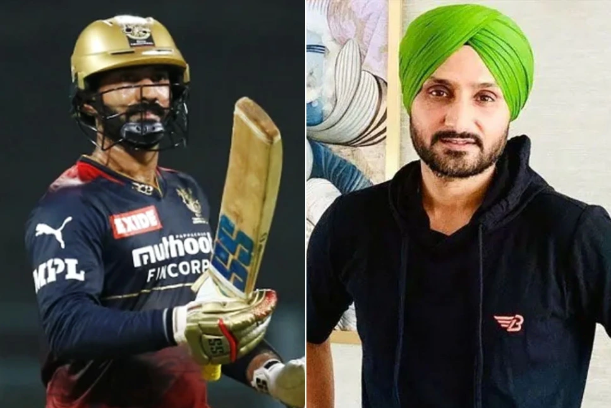 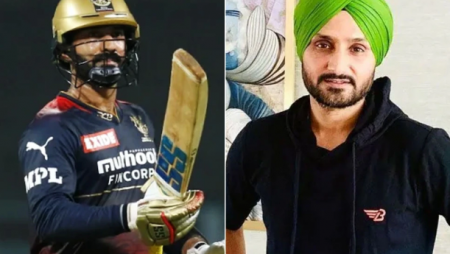 Despite star batter Virat Kohli’s poor form this season, Royal Challengers Bangalore are one of the teams in contention to make the IPL 2022 playoffs. The contributions made by captain Faf du Plessis up the order have been one of the many positives for RCB in IPL 2022. Wanindu Hasaranga, a Sri Lankan spinner, has also been a revelation for the team, taking 21 wickets in 12 matches. While there have been a few other key contributors for RCB this season, one man has been the absolute standout and has constantly made headlines thanks to his bat performances, his name is Dinesh Karthik.

Karthik is the franchise’s second-highest run-scorer in IPL 2022, with 285 runs in 13 matches. And the majority of these runs have come at the tail end of the innings, with the veteran wicketkeeper-batter acting as the finisher.

Harbhajan Singh believes With such numbers, it’s no surprise that Karthik is considering a return to India.

Singh, a former India off-spinner, is the latest to back Karthik.

Harbhajan stated during the Gameplan episode on Star Sports, “Dinesh Karthik has been outstanding for the Royal Challengers Bangalore. He is better at leg side shots than off sides, and he is great at taking singles, but I believe he understands his game overall. When he has a last chance, he makes certain that he completes the game. Dinesh Kartik, in my opinion, has played the best finisher role in the entire IPL.”

“If I were a selector, I would have sent him to Australia for the World T20 and let him play wicket keeper and batsman for India because he deserves it. And if the Indian Cricket team ever needs the best finisher, it should be Dinesh Karthik and Hardik Pandya, who form a very powerful side. Anyway, I’ve gone too far into the future, but Dinesh Karthik has been incredible this season, and I hope he gets a chance to bat a little earlier. He’ll need 15 to 16 overs to finish the game “added the ex-India cricketer

RCB will be hoping that Karthik continues to perform well for the team as the tournament progresses.

Also Read: Match 61: IPL 2022,  KKR vs SRH Prediction for the Match – Who will win the IPL Match Between KKR and SRH?