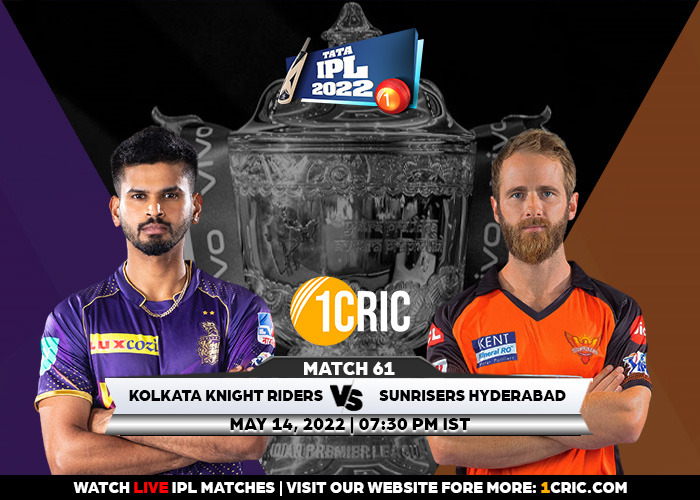 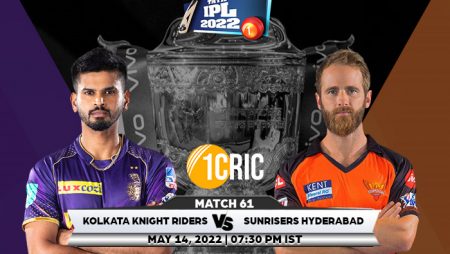 Match 61: IPL 2022,  KKR vs SRH Prediction for the Match – Who will win the IPL Match Between KKR and SRH? In the current season, Sunrisers Hyderabad has lost four consecutive games.

In their next match, the Kolkata Knight Riders will face the Sunrisers Hyderabad at the MCA Stadium in Pune. After a promising start to the season, KKR faded in the middle of the tournament, and their campaign appeared doomed. They did, however, finally get their combination right in the last game, and are likely to stick with this playing XI for the remaining two games unless Umesh Yadav returns. Their pace bowler, Pat Cummins, has been ruled out and has returned home.

The Sunrisers Hyderabad, on the other hand, have lost their last four games and are desperate for a win in the upcoming match. T Natarajan and Washington Sundar’s injuries haven’t helped their cause. They’ll be looking to get back to winning ways soon as the playoff stages approach. SRH is sixth in the points table with five wins in 11 games, and they will need to improve their net run rate as well.

The last game at the MCA Stadium in Pune was a low-scoring match between Gujarat Titans and Lucknow Super Giants. The bowlers received a lot of help from the wicket. Any score above 150 will be difficult to chase down, but the captain who wins the toss is likely to stick with chasing.

Venkatesh Iyer was finally back in form at the top of the order for the Kolkata Knight Riders. He set the tone for a good score to be posted on the board. The left-hander, who had been rested in recent games due to poor form, was given another chance and immediately impressed with a 24-ball 43. He certainly made a statement with the variety of shots he played and appeared to be in great touch.

Sunil Narine did not have a wicket in the previous game for the KKR, but he bowled an amazing spell to keep the runs tight and finished with 0 for 21 in his 4 overs. On his day, the mystery spinner has the ability to run through sides, and the return of Varun Chakravarthy has added to his liking.