Gujarat Titans unveiled their official jersey for the IPL 2022 season. 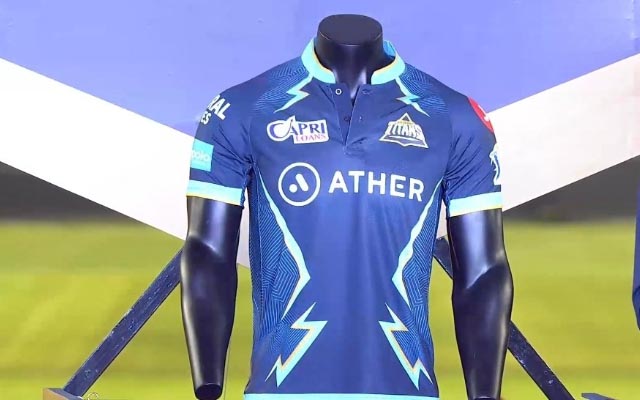 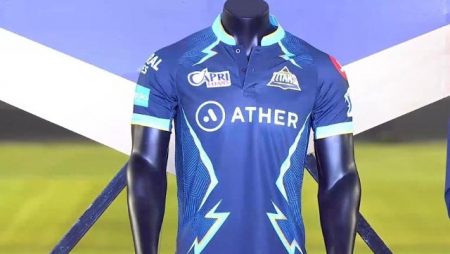 Gujarat Titans unveiled their official jersey for the IPL 2022 season. Gujarat Titans will be making their first appearance in the prestigious tournament.

The Gujarat Titans unveiled their new jersey on March 13 at the Narendra Modi Stadium in Ahmedabad. The blue jersey has a distinct and catchy design. The Gujarat Titans will be eager to make a huge impact in the upcoming IPL 2022. Which begins on March 26 and will be their first appearance in the marquee tournament. In fact, this season will feature ten teams, including the Titans and the other newcomer, the Lucknow Super Giants.

The Gujarat-based franchise has named star all-rounder Hardik Pandya as their new captain. And they have also replaced explosive opener Jason Roy with Afghanistan wicketkeeper-batter Rahmanullah Gurbaz, who withdrew his participation to spend time with his family. Now, less than two weeks before the start of the IPL 2022, the new franchise has made yet another major announcement.

The Titans entered the IPL 2022 mega auction in Bengaluru last month with a purse of INR 52 crore. After spending INR 15 crore on captain Hardik Pandya and the same amount on Afghanistan leggie Rashid Khan. Before the mega auction, the Titans also selected Shubman Gill (INR 8 crore).

The Gujarat Titans are expected to perform admirably in the 15th edition of the cash-rich tournament. As they have enough depth in their squad this time around thanks to some smart buys at the two-day event in Bengaluru. On March 28, the Hardik Pandya-led team will kick off their IPL 2022 campaign. Against the Lucknow Super Giants at Mumbai’s Wankhede Stadium.

Also Visit: EPL: Havertz brings Chelsea charm after a violent week, where Everton is at risk