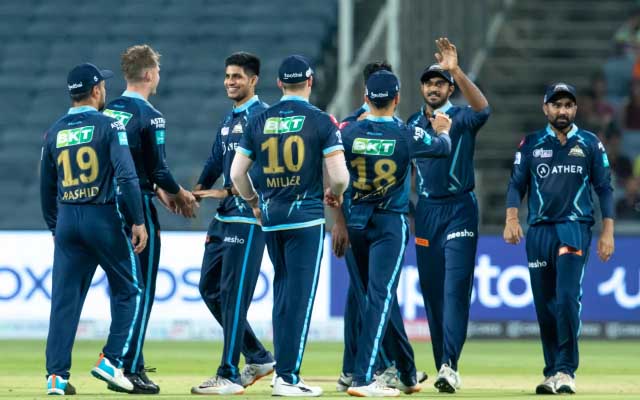 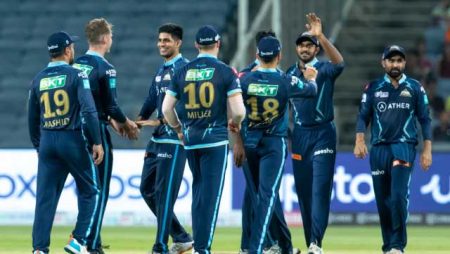 Gujarat Titans will look to maintain their lead in the points table when they face Chennai Super Kings in IPL 2022 Match 62 at Mumbai’s Wankhede Stadium. GT leads the table with 16 points after 8 wins in 12 games. After defeating CSK earlier this season, GT will look to complete a season-double over the defending champions, who are already out of the playoff race. Matthew Wade returned to the starting lineup in the last game but had no impact. Rahmanullah Gurbaz may make his debut as GT make a number of changes.

The Gujarat Titans’ predicted XI vs CSK is as follows:

The young opening batter has been in fine form for his team, regularly scoring big hits at the top of the order. With 384 runs in 12 games, he is the team’s leading scorer.

The veteran wicketkeeper-batter has been in superb form and is set to open the innings alongside Gill. Saha has scored 214 runs at an average of 30.57 in seven matches.

The Afghan batsman-wicketkeeper could make his debut against CSK. Gurbaz was outstanding in the Pakistan Super League and the T20 World Cup last year, and it will be interesting to see how he performs in the IPL if given a chance.

Sai Sudarshan has scored 145 runs in five matches this season, averaging over 36. He is likely to remain on the team.

The Gujarat Titans captain performed admirably in the first half of the season, but his form has dipped in recent games. He’ll try to get back into shape before the playoffs.

This season, the hard-hitting batter has been a revelation for GT. Miller has 332 runs in 12 matches, averaging over 55 and striking at a whopping 141.2.

The all-rounder has emerged as an important cog in the lower middle order, winning games with his explosive batting. Tewatia has 215 runs in 12 matches with a strike rate of 149.31.

Rashid hit a counter-attacking 21-ball 40 against CSK earlier this season. He’ll look to play a similar knock while also maintaining his excellent form with the ball.

This season, the Kiwi pacer has taken 12 wickets in 11 matches, but his economy rate has been questionable. He is expected to replace Alzarri Joseph in the starting lineup.

Shami, a premier strike bowler for India in all three formats, has led the charge for GT’s bowling attack this season. Shami has taken 16 wickets in 12 matches.

In the previous match, the pacer returned to the starting XI, taking two for 24 in two overs. He is likely to remain on the team.

Also Read: The cricketing community is shocked by Andrew Symonds’ death, and tributes are pouring in.