Faf du Plessis said – “You will know other side of Virat Kohli only when you play along with him, very caring and family guy 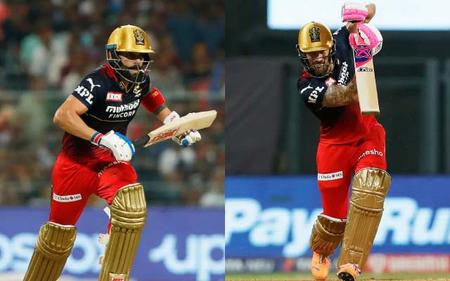 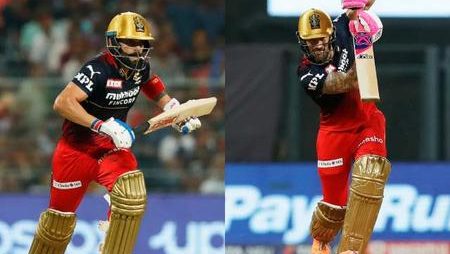 Faf du Plessis said – “You will know other side of Virat Kohli only when you play along with him, very caring and family guy. Du Plessis guessed ‘Kohli is superhuman,’.

Veteran South African captain Faf du Plessis hailed Virat Kohli, calling him a “family guy” and a “caring” individual. At the same time, Faf added that playing with Virat would be the only way for someone to learn about his positive traits.

Two weeks before the start of the IPL 2022, Du Plessis was sign by the Royal Challengers Bangalore and given the position of captain. He replaced Kohli, who resigned from the job following the 2021 season.

Read also: A 32 year old guy from Pune was kidnapped and killed after failing to settle a gambling obligation on cricket.

“When you play along with Virat Kohli – you will know other side of Virat, how caring he is and a family guy – has lots of value as a person,”

“Virat Kohli is one of the most competitive guy in world cricket. He is a superhuman”,

RCB has decided to keep both Virat Kohli and Faf du Plessis for the 2023 Indian Premier League season. In the upcoming round of the prestigious competition, the team will be determine to end the Bengaluru-based franchise’s title drought.

Even though RCB did manage to escape the Eliminator curse the previous year, they were defeat by Rajasthan Royals in a lopsided match in the second Qualifier. Virat, meantime, would be eager to make a statement during IPL 2023. He concluded the previous campaign with 341 runs from 16 games, average 22.73, with a strike rate of over 116.

However, Kohli has recently appeared to be in superb form with the bat in the shortest format. He concluded Asia Cup 2022 as the second-highest run scorer with 276 runs from five games, including a century. The batting legend put on an even greater show during the T20 World Cup in Australia, scoring 296 runs in six games, including four half-centuries, to take first place in the competition for most runs scored.

Read also: Should Jadeja is left away from the Bangladesh tour, indian selectors may seek for a backup.