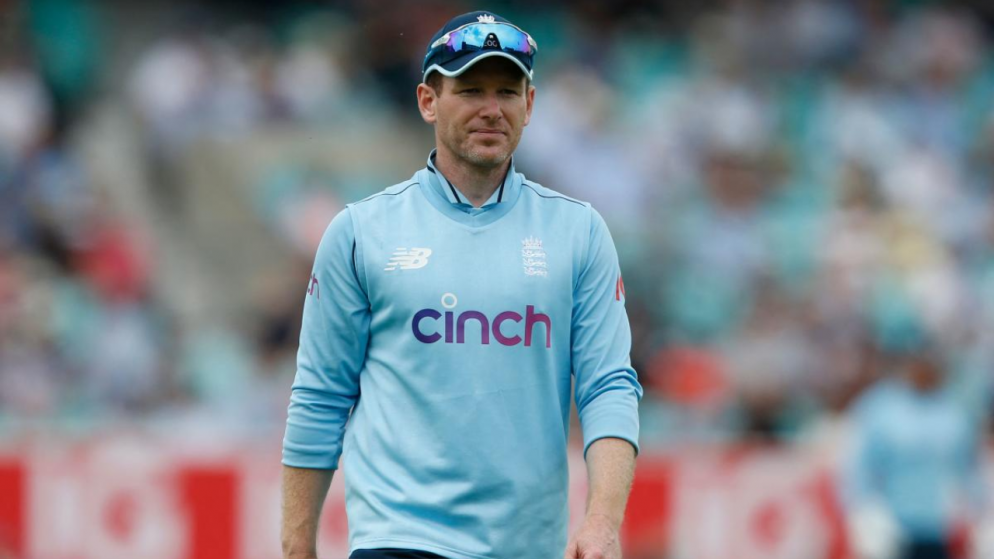 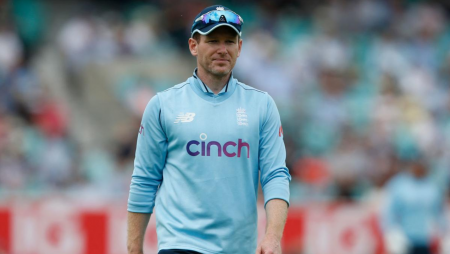 Eoin Morgan says “I can’t fault anything” in T20 World Cup 2021. Morgan hailed his side’s fighting spirit. After their semi-final defeat against New Zealand. In a chase of 167, New Zealand turned the tides in the death overs. They scored 57 off just 18 balls to seal the game with one over to spare. He’s not blaming his bowlers for anything. Morgan credited the New Zealanders with outplaying the opposition. In addition, England, the world’s top-ranked team, will face off in a crucial match.

“Coming into the game, we knew both sides were close in skill. Full credit to Kane and his team for outplaying us today. I can’t fault anything that we’ve done tonight; we’ve fought unbelievably hard throughout the tournament and represented ourselves well but come up short tonight. I am extremely proud of the guys for giving their everything in the tournament,” Eoin Morgan said.

Moreover, England posted 166 on a two-paced surface. After claiming the wickets of Guptill and Williamson in the powerplay. And then Morgan believes that England was in the match till the end.

“Hard to identify the key moments. I thought we were right in the game throughout our innings to the 17-18th over. They built up until they had to push the button and came good,” added Eoin Morgan.

Furthermore, after losing the toss, he was put in to bat. Morgan stated that the surface at Abu Dhabi was not to England’s liking. In addition, despite being a six-hitting team. They only managed four sixes in their innings. For the first time in seven years. In a T20I inning, their first six came after the 15-over mark. Morgan was credited New Zealand’s Jimmy Neesham (27 off 11) for managing. It is to strike from the start on a two-paced surface.

“Lastly, we are a six-hitting side, and we like to hit sixes. That’s a good indication of the pitch, which was two-paced. But we hung in there, adapted to conditions, and posted probably a par score. To come out and hit sixes from ball one like that – full credit to him (Neesham),” Eoin Morgan said.

Read more: Shoaib Akhtar says “They have a psychological pressure of facing us” in T20 World Cup 2021

Visit also: Aakash Chopra- “There is a genuine issue which they can’t address” in T20 World Cup 2021