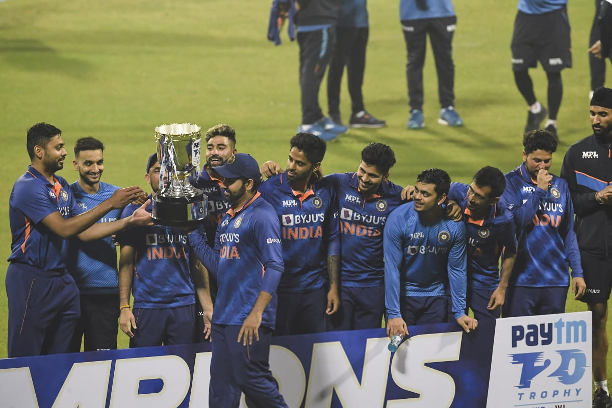 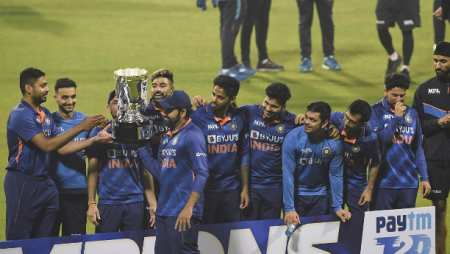 It is no longer a problem for India to field two teams at the same time. When the Test squad was in England recently, Hardik Pandya was in charge of the squad that played Ireland. Shikhar Dhawan and company were in Sri Lanka for a bilateral series last year, while the test team was preparing for England. As a result, it is easy to conclude that at least 25 players are ready to serve the country at the same time.

With that, the issue of competition arises. The competitiveness among players has been a topic of discussion since the inception of the IPL. Many players are being tested, and only the best will make it to international cricket. Despite this, it is a privilege for the country to field two or even three teams at once. Despite the competition, Dinesh Karthik is enjoying his time in the middle and making a difference.

Karthik addressed the Indian team’s competitiveness in a press conference prior to the fourth T20I. “Right now in the Indian team, we have the potential to put out two or even three teams in terms of the number of players available,” he said. I doubt many countries can say the same.”

Also Visit: Tamim Iqbal speaks out after losing to Zimbabwe.

Dinesh Karthik thanked Dravid and Rohit for their confidence in him.

It is impossible for Karthik to do what he is doing without proper support from the coach and captain. Karthik, at 37 years old, is not the future, but he is still supported by management. Karthik came up to thank the management for their faith in him, as well as skipper Rohit Sharma, for their help in playing a fearless brand of cricket.

Karthik expressed his gratitude to the two, saying, “Extremely happy” (with the backing). This is what I’ve strived for my entire life. And for the captain and coach to have such faith in me, it is only fair that I repay the faith by giving good performances that will help the team cross the line in many ways.”

Also Read: Sikandar Raza speaks out after recovering from a bone marrow infection.