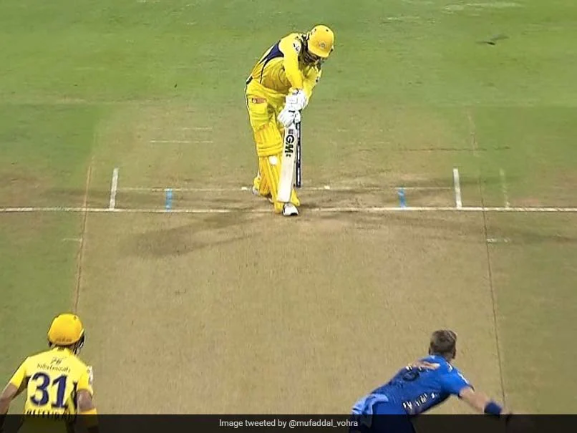 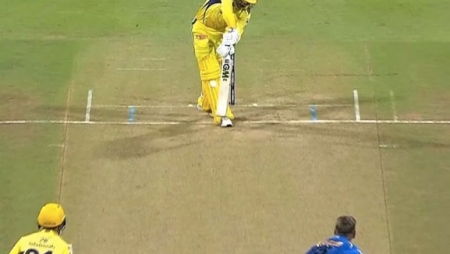 Devon Conway’s Controversial LBW Dismissal Against Mumbai Indians in IPL 2022. Devon Conway was caught LBW by Mumbai Indians pacer Daniel Sams on the second ball of the match. The decision could not review because DRS unavailable.

Chennai Super Kings’ chances of making the IPL 2022 playoffs were dash after they defeated by the Mumbai Indians at the Wankhede Stadium on Thursday night. MS Dhoni’s team had a difficult day at work in Mumbai, and nothing went their way from the coin toss.

CSK lost five wickets in the powerplay overs after losing the toss and being put into bat. Devon Conway’s dissmisal on the second ball of the match started it all. However, The dismissal sparked outrage on social media, with many believing that the ball would have missed the stumps. On a normal day, the batter could have invoked the DRS and the correct decision would have been also rendered. CSK’s day, on the other hand, was anything but ordinary.

Conway was unable to signal for DRS because it was unavailable due to power issues in the stadium.

Commentators, including former India captain and batting legend Sunil Gavaskar, agreed that the on-field umpire made a poor decision and that the ball would have missed the stumps.

Also Read: Prithvi Shaw has typhoid or something similar, according to the doctor: Rishabh Pant

Watch Devon Conway’s contentious LBW dismissal in which he was unable to take the DRS:

Things only got worse for CSK when Moeen Ali was knocked out two balls later. Jasprit Bumrah dismissed Robin Uthappa in the next over, and Ruturaj Gaikwad and Ambati Rayudu fell in the fifth and sixth overs, respectively, leaving CSK reeling at 29 for five.

Captain MS Dhoni scored a valiant 36 not out off 33 balls but received no assistance. Dwayne Bravo’s 12-run home run was the next best for a CSK batter.

CSK eventually bowled out for 97 in 16 overs, their second-lowest total in the tournament.

The Mumbai Indians made a hash of the chase, losing four wickets in the powerplay overs. Tilak Varma’s unbeaten 32-ball 34 and Tim David’s 7-ball 16-run blitz helped them reach the target with 5.1 overs to spare.

Also Read: MS Dhoni attributes the rise of fast bowlers in India to the IPL.