MS Dhoni attributes the rise of fast bowlers in India to the IPL. 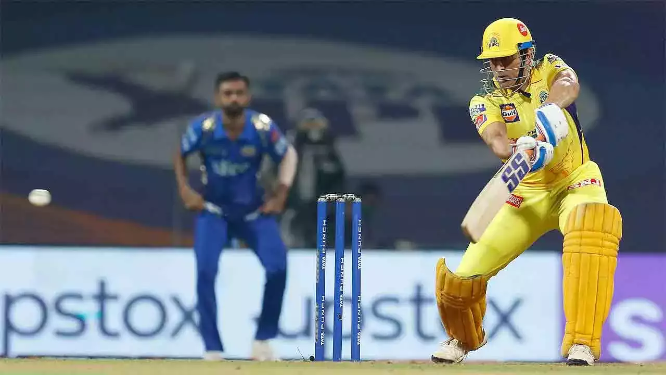 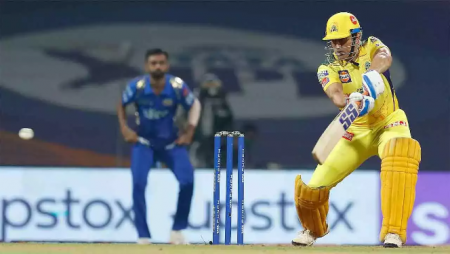 MS Dhoni attributes the rise of fast bowlers in India to the IPL. Following a loss to the Mumbai Indians, Chennai Super Kings captain MS Dhoni stated that his team will return stronger next season with more fast bowlers in their ranks.

After losing to the Mumbai Indians on Thursday. Chennai Super Kings dropped out of contention for the IPL play-offs, but captain Mahendra Singh Dhoni hinted that his team will return stronger next season with more fast bowlers in their arsenal. MI defeated CSK by five wickets in a low-scoring match, knocking Dhoni’s team out of contention for a play-off berth.

“It’s a big plus for the fast bowlers to have both of them (Mukesh Choudhary and Simarjeet Singh) bowling well. Not to mention that we’ll have two more fast bowlers joining us next season. As well as a few more surprises. We simply want to give them enough time to prepare for what the IPL has in store for them. ” Dhoni stated this during the post-match presentation.

“So we have a few positives that we’ll take into the next season. But what’s important is that whatever gaps exist, we try to fill them so that leakages don’t occur.”

The former India captain pleased with the rise of many fast bowlers in the IPL.

“It’s useful to have them. We went through a period where we didn’t have a lot of bench strength with fast bowlers. Fast bowlers, on the other hand, take their time maturing. If you’re lucky, you’ll find someone who can play in all three formats in six months, whether it’s Test cricket, one-day cricket, or T20. That, I believe, is what IPL is doing.

“It’s a chance for them, and many of them become slightly more bold and courageous, which is important in a format like this.” The difference is that they want to go head to head with the opposition.

“You see a few who aren’t those types, who are hesitant at first, but as they play more games, they gain confidence and are able to execute their plans better.” He stated that, regardless of the nature of the wicket, anything less than 130 was difficult to defend.

“I told the bowlers to be bold, put the opposition under pressure, and forget about the score.” Both of the young fast bowlers bowl extremely well in my opinion. In terms of their contribution, I believe a game like this is extremely beneficial.

“It’s something they begin to believe in themselves.” We need the same attitude whenever we start, and that is what is require in the shortest format.” Dhoni ran out of partners during the CSK innings, leaving him stranded at 36.

“If they get through the first few deliveries, they’ll be able to be themselves.” MS Dhoni

It didn’t work out, but the opposition bowl exceptionally well, so we needed to be more aggressive. Several of our batters were able to get out on good deliveries.

“We can’t really help that, but these are the kinds of games where you learn a lot, so hopefully they’re learning from each and every game.” There were tense moments in the middle, according to MI captain Rohit Sharma, because of how the pitch was playing and his team losing wickets early on.

“It was simply a matter of remaining calm and getting the job done. We remained calm and completed the task in the end “He stated.

“He (Tilak) has been brilliant, playing for the first time, and maintaining such a cool head is not easy. I believe he will soon be an all-format player for India. He possesses both technique and temperament. There’s also the issue of hunger.” Rohit said of pacer Jasprit Bumrah, “He understands what he needs to do and what the team expects of him. He understands, magnificent spell right away.” “He’s been a stalwart, he came out and said that he’s okay with that,” the skipper said of veteran Kieron Pollard, who did not play on Thursday.

Also Read: Match 59: IPL 2022 CSK vs MI Prediction for the Match – Who will win the IPL Match Between CSK and MI?