Deepak Chahar will be out for four months and may miss the T20 World Cup in 2022. 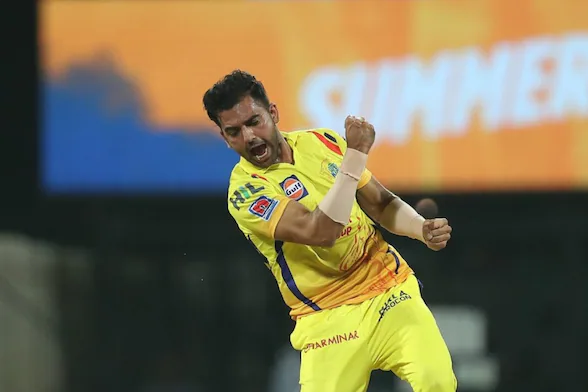 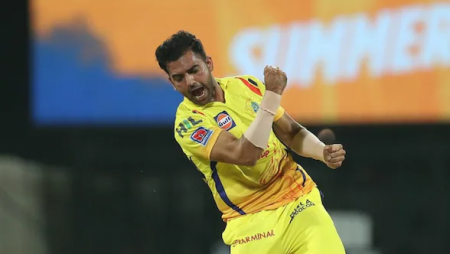 Deepak Chahar will be out for four months and may miss the T20 World Cup in 2022. Chahar, who was recovering from a quadriceps tear at the NCA in Bengaluru. Bowling in the nets when he suffered a new back injury.

According to the latest news, Team India and Chennai Super Kings pacer Deepak Chahar will be out for at least four months. While he has already been rule out of the Indian Premier League (IPL) 2022. There are also doubts about his participation in the T20 World Cup 2022, which is set to take place in Australia in October-November of this year.

Chahar, recovering from a quadriceps tear at the National Cricket Academy (NCA) in Bengaluru. Suffer a new back injury while bowling in the nets, for the uninitiated. As a result, CSK will be unable to use his services for the remainder of the season. This is a significant setback for the four-time champions, who secure Chahar’s services at the mega auction for a whopping INR 14 crore.

He supposed to join the team for the second half of the season at first. According to the Times of India, the latest scans indicate that the right-arm pacer will be out for at least four months. This means he may also miss the T20 World Cup in 2022.

CSK may suffer as a result of Deepak Chahar’s absence

Meanwhile, the 29-year-old has emerged as an important member of the CSK team. The right-arm pacer isn’t the fastest bowler in the league. But his ability to swing the new ball makes him a dangerous weapon. The pacer has a sharp yorker and a well-disguised slower delivery to operate in the slog overs.

If that isn’t enough, the dasher is also a capable lower-order batsman with two ODI half-centuries to his name. CSK didn’t mind breaking the bank to re-sign him because of all of these factors. However, it will not pay dividends this season because the Ravindra Jadeja-led side will be forced to operate without him for the duration of the tournament.

The Indian team, on the other hand, is optimistic about Chahar’s recovery, as the fast-bowling all-rounder would be a valuable asset on Australian pitches.

Also Read: Mayank Agarwal, captain of PBKS, was overjoyed with the team’s victory over MI.