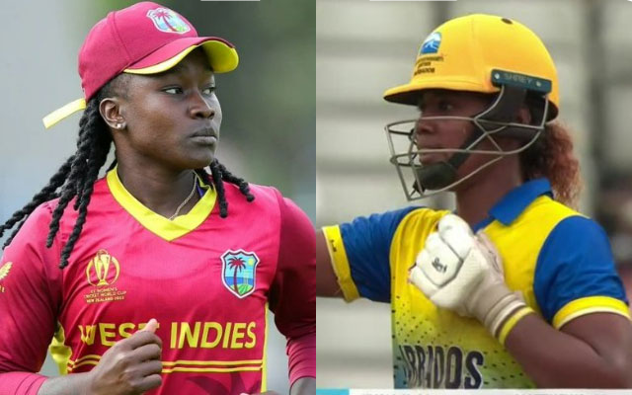 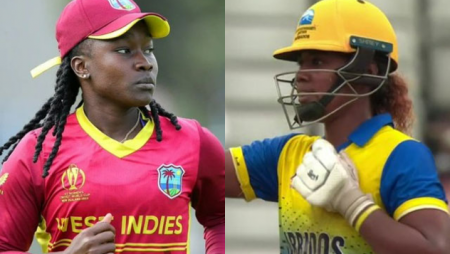 Deandra Dottin receives a heartfelt tribute from Hayley Matthews. Barbados captain and Dottin’s longtime teammate spoke about her decision to retire midway through the CWG 2022.

Dottin, the fourth-highest run-scorer in T20Is, announced her shock retirement on Monday via her Twitter handle, citing a toxic team environment. She has the fastest century in Women’s T20Is and is West Indies’ most-cap player in international cricket.

Barbados captain and Dottin’s longtime teammate spoke about her decision to retire midway through the CWG 2022. “Thank you to Deandra for everything she’s done for West Indies cricket. She’s obviously been a wonderful player for us over the last couple of years. It’s sad to see her go, but if it’s something that she’s ready for, then I’m 100 percent behind her. ” Matthews said when asked about Dottin’s decision.

‘I definitely would talk to her and see how things go,’ Hayley Matthews says of Dottin’s retirement.

Matthews, who took over as team captain in June of this year. Revealed that she had no idea about her teammate’s retirement plans. She told the media that her focus was on qualifying Barbados for the knockout stages and that she was unaware of her compatriot’s surprise retirement plans.

Barbados easily defeat Pakistan in their first match, but were defeat by tournament favorites Australia in the second. But, with a victory need in their final group match, the Barbadians fail to show up and were defeat by India by a harrowing 100-run margin, knocking them out of the tournament and becoming the fourth and final team to advance to the semi-finals after Australia, New Zealand, and England.

“Obviously, I’m down here representing Barbados and everything, so probably not looking to speak too much on that at the moment, but yeah, I definitely would have a chat with her and see how things go,” Matthews said after her team was defeated by India by 100 runs in their final Group A game on Wednesday.

Also Read: Asia Cup 2022 Qualifiers: Dates, Teams, and Everything You Need to Know