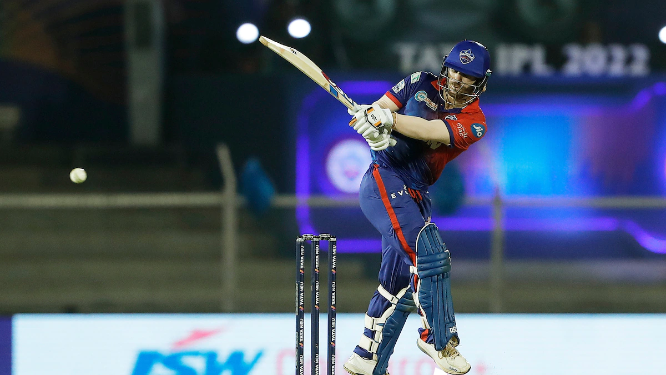 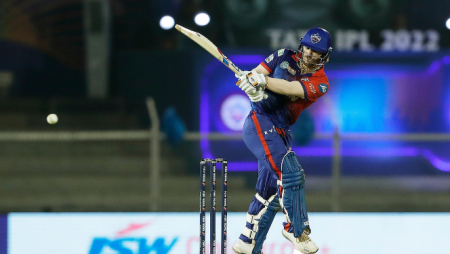 David Warner’s Hilarious Response On Not Scoring Hundreds In IPL 2022. Warner, the Delhi Capitals’ batter, was at his best against SRH, scoring 92 runs off 58 balls.

David Warner, a left-handed batter, has been one of the most consistent performers in the Indian Premier League (IPL), and he is the fourth highest-scoring player in the cash-rich league overall, with 5,762 runs in 158 matches. The opener, who is now playing for the Delhi Capitals, has four hundreds in the tournament. Warner is the fourth-highest scorer in the current season with 365 runs in eight games. The batter was at his best against SunRisers Hyderabad, scoring 92 runs to win the match.

The left-handed batter has four half-centuries this season, but the three-figure mark has eluded him. However, after the game against SRH, Warner stated that he will leave the task of scoring hundreds to Rajasthan Royals batsman Jos Buttler.

Also Read: In October, Stephen Fry will become the next President of Marylebone Cricket Club.

IPL 2022: Buttler is the leading run-scorer this season, with 588 runs in 10 matches and three tons.

“I hope they’re still sleeping (his children), but I think they’re happy. But I didn’t even get a hundred! That’s right, Jeebiess! That (the hundreds) I’ll leave to Jos “Warner stated this during the post-match presentation.

Earlier in the season, Warner stated that his children want him to score a hundred points.

“The kids just want to know why I can’t get a hundred and why I can’t hit sixes like Jos Buttler,” Warner said after a game against Punjab Kings in which he scored 60 runs.

In the game between the Delhi Capitals and SunRisers Hyderabad, the former batted first and posted 207/3 in 20 overs thanks to 92 and 67 from Warner and Rovman Powell, respectively.

Khaleel Ahmed then returned with three wickets as the Delhi Capitals won by 21 runs.

Also Read: IPL 2022: Following the DC vs. SRH game, The Points Table have been updated.